The timing of confirmation of Holden's recommitment to its factory Supercars programme was 'not optimal', according to the brand's marketing chief. 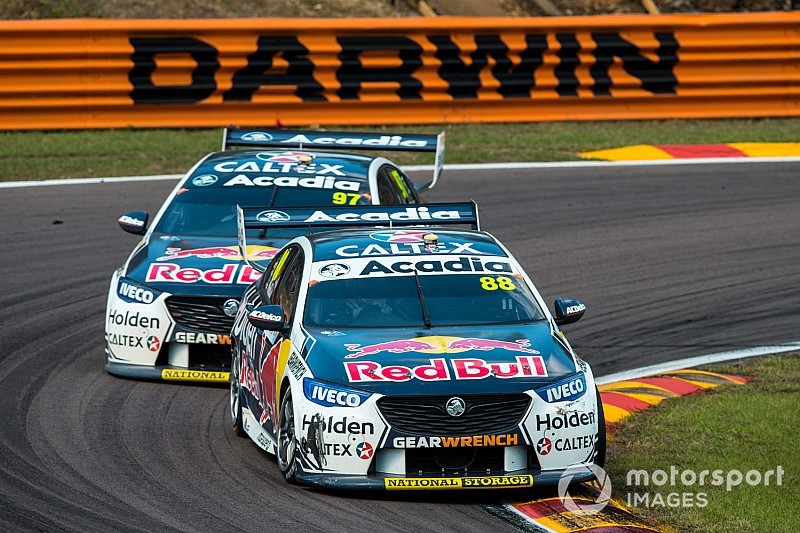 There was no official media release from either Holden or Triple Eight to go with the announcement, and Trackside – which is only available via subscription TV service Foxtel – has a modest viewership, sparking questions as to why positive news wouldn't be more openly communicated to media.

Holden marketing boss Kristian Aquilina has now moved to explain the low-key roll out, admitting that the timing wasn't optimal for the brand, but that it also didn't want doubts over its future to linger.

"For us it's matter of fact. The continuation of our involvement is something we've been working on for a long time," said Aquilina when asked about the announcement by Motorsport.com.

"We have a very long history with the sport, we want to be involved into the future.

"The timing of it was not necessarily optimal for us. We'd like to celebrate it some time down the track, particularly as we draw closer to our 50 years of involvement in the sport. But I thought it was important that the team be able to concentrate on doing what they do, rather than responding to questions about our ongoing involvement.

"So when it came time for Jess to talk to the media I said 'just let it go, let it out there, because these are terms that we're kind of happy with'.

"We'll go and celebrate it some time down the track, when [the timing] is more suitable for that."

Aquilina added that the deal wasn't completed recently, with he and T8 boss Roland Dane having 'shaken hands' on an extension some time ago.

He also dismissed any sinister theories regarding the two-year timeframe of the extension, given that the original deal with Triple Eight covered three years.

"The two-year time frame, there was nothing specific that drove it to that," he said.

"It was the right amount of time for this sort of extension and commitment at the levels that we're talking about. It wasn't anything specific that drove it from a three to a two-year deal, it was just how the conversation unfolded."

As for the level of commitment Aquilina wouldn't be drawn on dollar figures. He did, however, hint that the new deal may be less lucrative than the original, which included developing the ZB Commodore and the stillborn turbo V6 engine.

"I guess when it comes to a commercial arrangement I'm not keen to talk about it, we don't talk about those sorts of things," he said.

"It's fair to say when it comes to long-term relationships like our involvement in the sport, sometimes it's also about the investment you've made in the past, as well as what you're going to in the future.

"That all has to balance out. But I'm not going to talk specifics on the numbers."

The sponsorship package for the other Holden teams, which includes parts and use of road cars, is also set to continue.