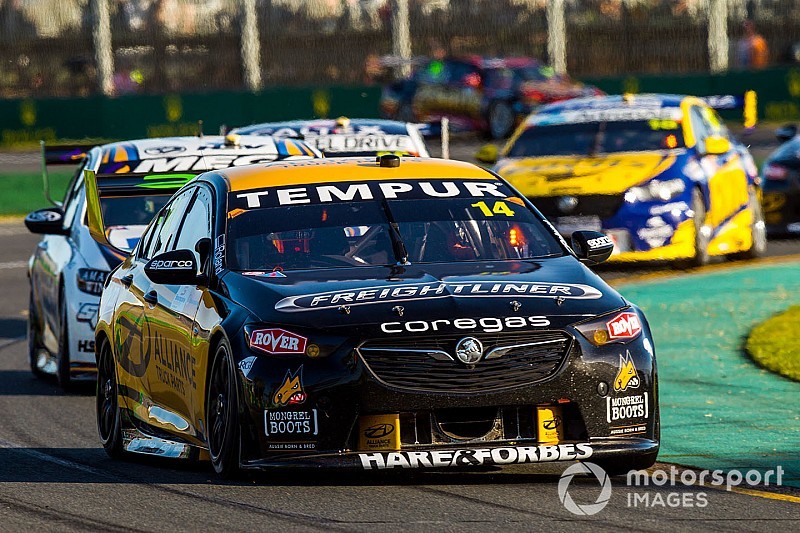 Brad Jones Racing has confirmed that it is fitting 'around seven kilograms' of ballast to the roof of its Holden Commodore ahead of this weekend's Symmons Plains Supercars round.

As first reported by Motorsport.com early last week, Ford and Holden teams were told last Monday that they would need to fit ballast to the roof lines of their cars as part of a parity adjustment.

The initial numbers were understood to be 30 kilograms for Ford's controversial new Mustang, and six kilograms for the ZB Commodore.

On Wednesday evening Supercars confirmed that a centre of gravity change would be enforced for the Tasmanian round, however the announcement was light on specifics regarding the weight and its positioning in the car.

However a preview video from BJR has confirmed beyond doubt that the weight is being installed into the roof line, and that the Holdens will need to redistribute "around seven kilos" of ballast.

"I don't think it will make a lot of difference at a place like Symmons Plains," said team owner Brad Jones in the video.

"I think somewhere like Phillip Island, fast, long, sweeping corners, I think you'll se a bit more of an impact at those place.

"It's really about trying to even up the cars through the build process. Things are changing pretty rapidly in Supercars, or have done over the last few years, and it's about trying to keep with with the way the cars are manufactured and keep them as even as possible."

Expressions of interest out for new race at Bathurst