Lee Holdsworth is in the frame for a move to Tickford Racing for the 2019 Supercars season, having emerged as one of two leading contenders for a spot at the factory-supported Ford squad.

The three-time Supercars race winner is in need of a new home for 2019, with long-time Tickford driver Mark Winterbottom set to replace him at the single-car Team 18 outfit.

And it appears a straight swap with Winterbottom could be on the cards, Holdsworth having emerged as one of two key favourites to move over to Tickford should the team part ways with Richie Stanaway at the end of this season.

If it happens, the move would complete a deal that almost happened seven years ago. Holdsworth went close to signing with what was then known as Ford Performance Racing to drive a Bottle-O Ford for the 2012 season, before making a late decision to join Stone Brothers Racing instead.

"I feel confident that there will be something for me next year," said Holdsworth when quizzed on the Tickford rumours by Motorsport.com.

"But certainly nothing is locked away.

"At the same time it's hard to know how to feel, because I don't know if I'm off [the grid] or not. There are a couple of things bubbling away, so we'll see if something comes up."

The other leading contender for the potentially-vacant Tickford seat is Jack Le Brocq, who, despite claiming to be contracted to Tekno for 2019, may make a move amid ongoing speculation over the team's future.

The availability of a Tickford drive hinges on whether or not the squad will continue with Stanaway. The young Kiwi is contracted for next season, but could still end up out of a full-time drive after enduring a difficult rookie campaign.

Cam Waters and Chaz Mostert are locked in for next year, while a fourth entry is widely-tipped to come through an alliance with Will Davison and 23Red Racing.

Michael Caruso is another driver who has been linked to Tickford, given that he's yet to re-sign with the Kelly Racing squad, albeit not as strongly as Holdsworth or Le Brocq.

It's understood his best chance of a full-time seat is to stick with the Nissan-shod outfit, a Facebook post on Sunday night hosing down suggestions that he could miss out altogether.

"Don’t believe everything you hear, guys, I am absolutely having positive discussions around continuing my full time Supercars career in 2019," Caruso wrote.

"It’s just not my style to be in the media and use the press to create hype; I like to get on with my business and work in the background.

"Here’s hoping I have some news to share soon." 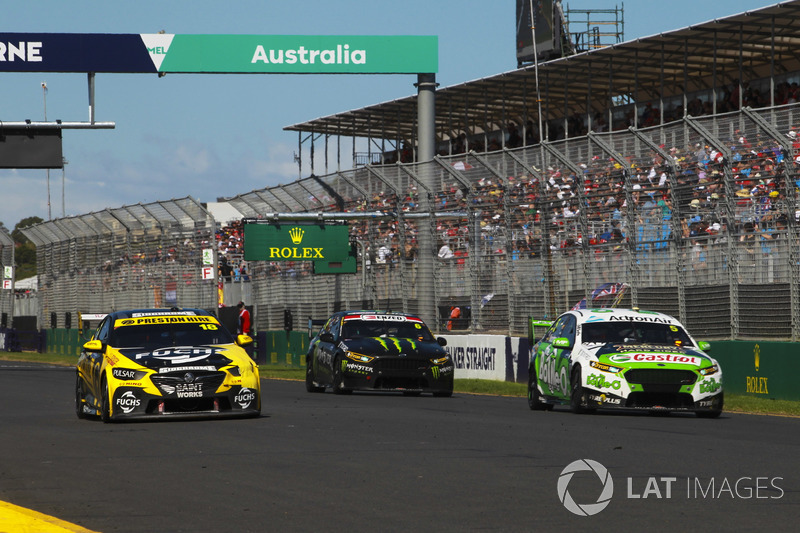