How night racing helped Sydney fall in love with Supercars

As a sporting market Sydney has always been a tough nut to crack for Supercars, but last Saturday's groundbreaking race under lights got bums on seats like never before. Here's how and why it worked.

There's a common theory that people in Sydney just don't like going to things.

Unlike their event-loving neighbours to the south in Melbourne, Sydneysiders are notoriously difficult to pry out of the house and into a stadium of any kind.

It's an issue that Supercars knows all too well. Sydney Motorsport Park has always struggled for attendance, while the much-hyped Sydney street race in Homebush was abandoned last year in place of the more regional Newcastle market.

However Supercars has seemingly worked out how to draw a crowd to SMP. And all it took was a few generators and temporary light towers.

That, of course, is a flippant remark. Make no mistake, getting the SuperNight concept off the ground required a lot of hard work. Testing on the lighting system started over a year ago, and required constant honing to get it to a point that was both workable for drivers and suitable for TV broadcast.

And while it wasn't Qatar/Abu Dhabi/Singapore style lighting investment, it still wasn't cheap.

But if the primary goal was the revive a stale, fairly boring round of the series it worked perfectly.

Supercars practice sessions aren't generally a ratings bonanza for Fox Sports, regardless of the round, but the prime time Friday night practice boosted the TV audience up 73 per cent compared to the Friday coverage from SMP in 2017. The race then saw an increase in TV figures by 17 per cent compared to a year ago.

Even more impressive was the crowd. There were almost 33,000 people through the gates across Friday and Saturday, while the Saturday crowd of 21,220 was 50 per cent better than any single day from Sydney last year. It was also well north of the figures seen at either of the NRL matches played in Sydney on Saturday evening at roughly the same time.

Given that the initial idea was a 'made-for-TV' format, that kind of foot traffic was a massive bonus for the series.

It was the right crowd, too. The grandstand was packed, the hill next to it was packed, and there was genuine atmosphere, like a football match. Even the pre-race driver introductions – which on paper seemed like a cheesy sideshow – worked to perfection. Fireworks, music, Rick Kelly on a peewee motorbike, Scott McLaughlin doing the floss dance, it had it all. 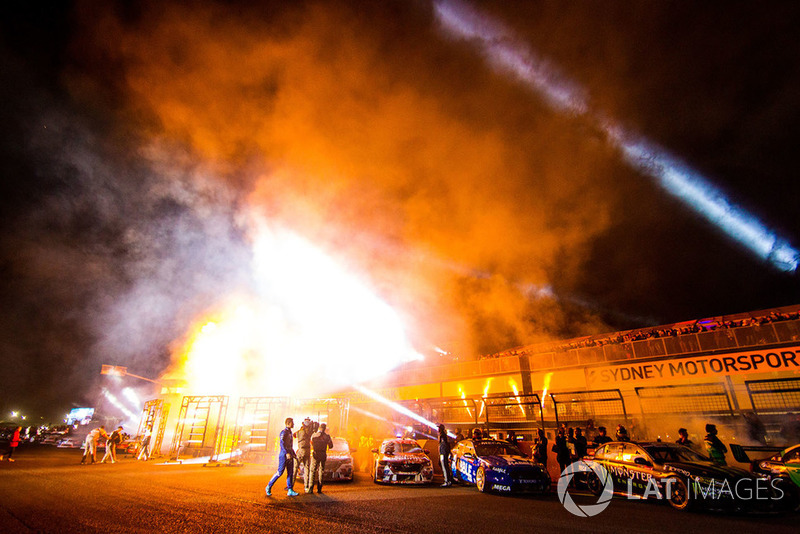 So why was the SuperNight so effective in terms of getting Sydneysiders out of their shell and all the way out to Eastern Creek?

The answer, it seems, isn't just the fireworks. It's that an evening schedule fits into a suburban Sydney family's weekend plans so much better.

"That's the sign of the times," said Tickford team boss and Supercars commission member after the race.

"People are time poor. So many fans that we've spoken to [at the track] have had kids at basketball or netball or whatever in the morning, then they've gone home, got changed, and come racing.

"They can't do that when they've essentially got to be here at 9am for a day event. I think it has some appeal from that perspective, people can slot it into their lives a bit better."

"As a parent I see that; you’ve got kids sports in the mornings, so the fact people get to have their outside life and do all those things and then as a family come here, I think the format was fantastic."

It was fantastic, but it wasn't perfect. There was a sense from teams that Friday dragged on given on-track action was limited to a 40-minute session, while there are question marks over whether a single 300-kilometre race on a circuit like SMP – which greatly exposes the haves and have-nots – is the best way to go about it. 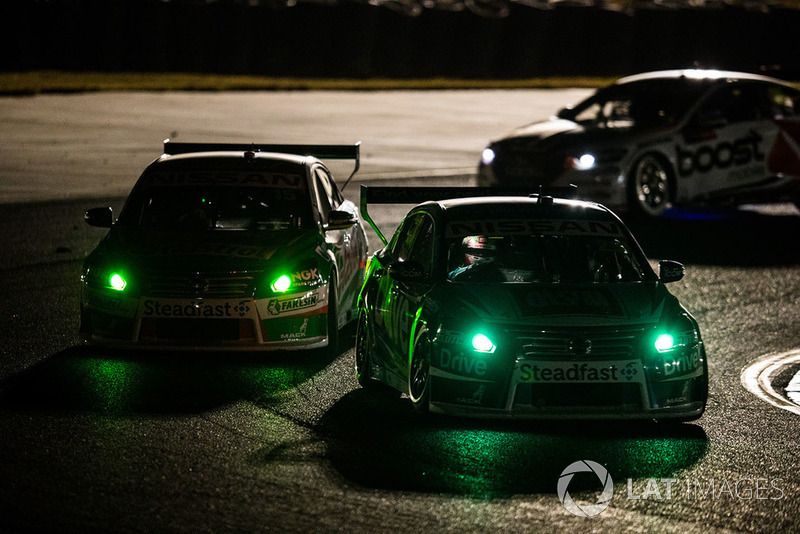 Sure, the finish to Saturday's race was incredible – but before that late Safety Car it was certainly more about strategic intrigue rather than door-belting action.

The good news is that tweaking is easy.

"They're all the little things that we stumble across in some cases along the way. All those things, they're easy fixes," said Edwards.

"I've already got a few things in the back of my head that would improve it a bit more. I'm not going to share those, they'll be for commission discussions..."

With an event under the collective belt of the paddock, a one-day format could come into play next year. And there's no reason why the traditional SuperSprint format couldn't be used – a twilight sprint race and a night time 200-kayer.

"I think in the future [a one-day event is] definitely possible, once you learn how much lighting you need," added Dutton.

"The night race doesn’t have to be one 300 kilometre as well, they can mix that up. You can do a race at 5:30pm and another at 8:30pm, or whatever. There are so many possibilities."

In grander terms, there was only one real disappointment at SMP on Saturday night – the lack of wackiness from David Reynolds during the driver intros.

Supercars' oddball Bathurst winner was expected to do something wild as he burst through the fireworks, but was strangely subdued.

Why? He reckons it's because being put on the spot doesn't suit his comedic style...

"They wanted me to do something, but I'm a spur of the moment person," he joked late on the Saturday night.

You'd tip that a brisk August evening in Sydney isn't best suited to a nudey run, but there's equally smart money on Reynolds figuring something crazy out between now and next year's SuperNight.

That alone may well be worth the price of admission. 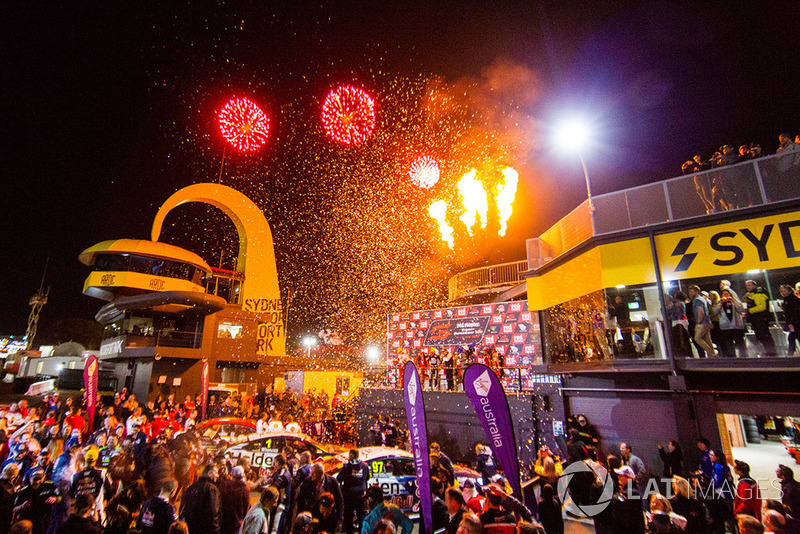