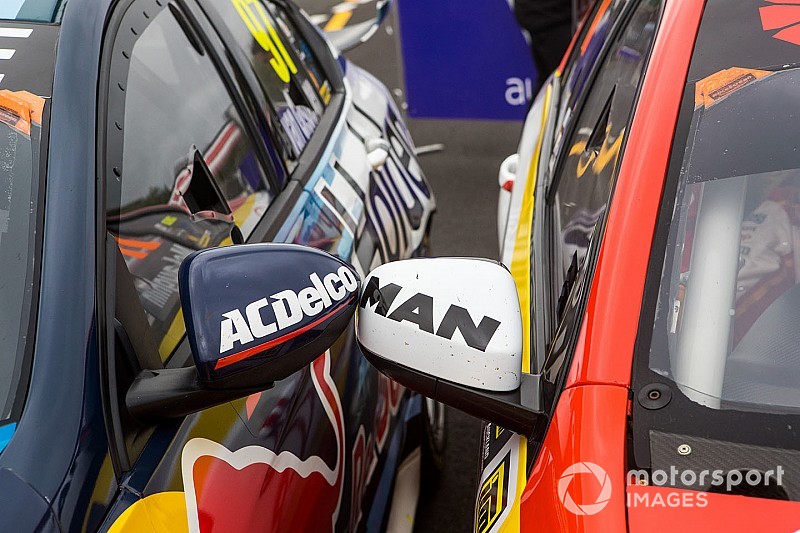 In-car footage of Scott McLaughlin reacting to being parked in by Shane van Gisbergen after yesterday's controversial Supercars opener at Pukekohe has emerged.

Some awkward parking in parc ferme following the race saw McLaughlin unable to get out of his car, thanks to van Gisbergen pulling up tight to his driver's side door.

DJR Team Penske was forced to push McLaughlin's car back so he could get out, however not before he vented his frustration at the bizarre situation. In-car footage has now emerged showing McLaughlin repeatedly opening his door into the side of van Gisbergen's car before the cars were rearranged.

While quickly labelled an act of gamesmanship by van Gisbergen, he said after the race that it was an accident and that he's apologised to McLaughlin.

"I didn't even realise I did it until after," he said. "It was pretty awkward, I apologised for that. I was just excited to jump out and get on the roof and start cheering. Yeah, sorry about that."

McLaughlin appeared less than impressed during the post-race media commitments, and kept his thoughts on the subject brief: "It is what it is. Obviously it was a mistake."

The pair also exchanged views on the contact at the hairpin that led to van Gisbergen's five-second penalty and set up a thrilling end to the race.

"I knew he was weak at that corner," said van Gisbergen. He was a lot stronger in other areas, but weak there. He did it really well, he got back on the brakes and brake-tested me which was a good, clean move. I just misjudged the crossover and gave him a little bump."

McLaughlin admitted he was blocking, but felt the penalty was justified.

"I was struggling at the slow-speed turns," he said. "I was blocking. At the end of the day it was all legal. They saw upstairs [in the stewards room] that the bump wasn't [legal]. I was surprised at how big the bump was, but I got the momentum and got around the corner.

"From that point onwards, it was fair racing. But in the middle of the hairpin, from my side it wasn't [fair]. And the stewards decided it was a fine-second penalty. Rules are rules."