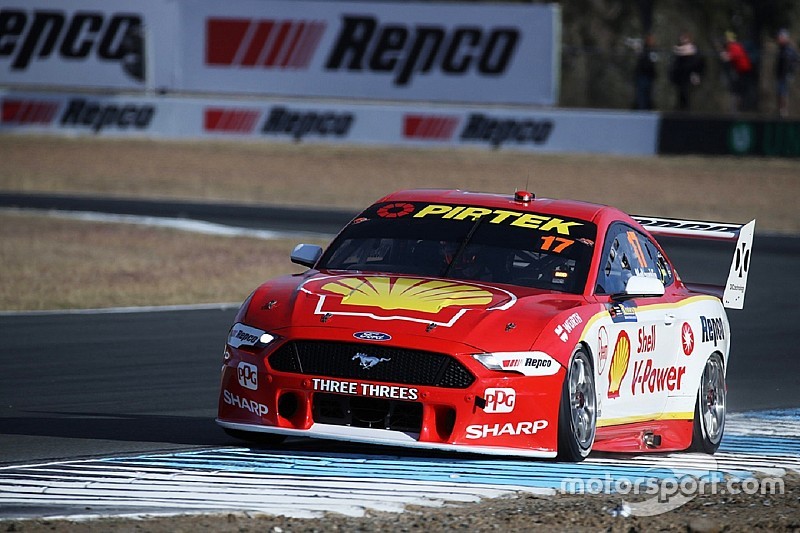 Scott McLaughlin made it a Friday practice clean sweep by topping the second session at Queensland Raceway.

The DJR Team Penske driver set the early pace, going quickest with a 1m09.327s on his opening run.

On the eight-minute mark Anton De Pasquale lowered the benchmark to 1m09.280s, the Erebus young gun then improving on his next lap with a 1m09.194s.

However De Pasquale's stint on top was brief, McLaughlin hitting back almost immediately with a 1m09.076s.

As the session ticked into its final 10 minutes McLaughlin emerged for another run, dipping into the eights for the first time with a 1m08.988s.

Moments later Will Davison went even quicker, grabbing top spot with a 1m08.942s.

But McLaughlin wasn't done there, a final run putting him back on top with a 1m08.827s.

"Obviously there's parc ferme tomorrow after quali, so you've got to think about that for the race. We worked on having a fast car but hopefully looking after its rear tyres."

It was a Tickford two-three behind McLaughlin, with Davison holding on to second and Chaz Mostert jumping up to third on his final run.

Todd Hazelwood finished up a fine fourth fastest for the single-car Matt Stone Racing squad, which made him the best of the Triple Eight Holdens in the field.

David Reynolds and Lee Holdsworth were ninth and 10th, Cam Waters the first of the drivers who will need to go through Q1 tomorrow.