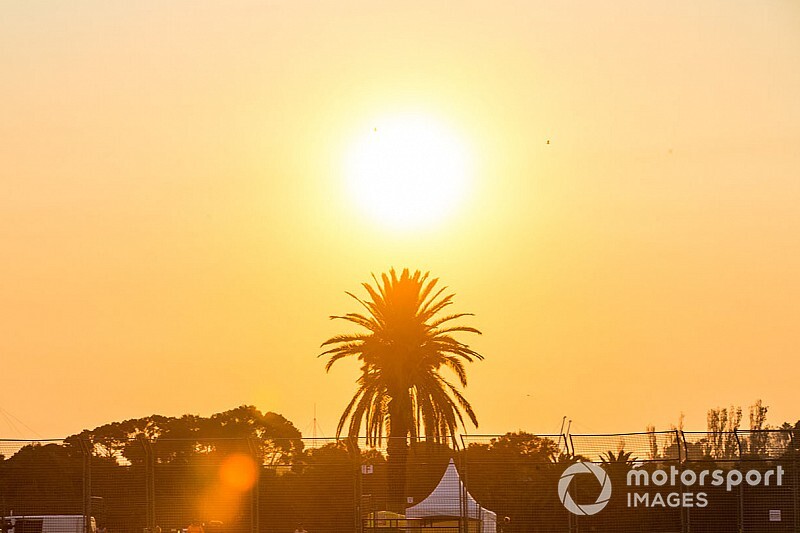 Supercars CEO Sean Seamer says rumours regarding a January start to the 2020 season are wide of the mark.

The series has made no secret of its desire to limit its activity in the local winter months, in a bid to both exploit better weather and avoid clashes with the AFL and NRL football codes that dominate the middle of the year.

That's likely to mean a longer season with lengthy winter breaks, rather than a full-blown split-year summer series.

The plan to stack rounds either side of winter has led to speculation about a January start to the 2020 season, Sydney Motorsport Park widely tipped as the venue for the opener.

Motorsport.com sources have even suggested Supercars has a booking in place at the circuit for the third weekend in January, although that could be for testing or promotional purposes, rather than a race weekend.

Speaking on the latest episode of the Below the Bonnet podcast, series boss Seamer poured cold water on the idea of a January start, suggesting the likes of the Dubai 24 Hour, the 24 Hours of Daytona, and the Bathurst 12 Hour crowd that part of the year.

"No, that's incorrect," said Seamer when asked if SMP was locked in for January.

SMP was dropped from the 2019 schedule with the promise that it would return next season.

The circuit was also pledged a $33 million injection to install permanent lighting by the New South Wales government heading into a state election earlier this year, however Motorsport.com understands that the full suite of new lights won't be operational until the end of 2020.

Expanding on plans for the 2020 calendar, Seamer said it's been a difficult job co-ordinating a schedule that will work for both fans and teams, but that he's confident a solution will be found.

"The key is, at a macro level, what we want to do is try and get some of these events into better weather patterns," he said.

"A, that's better for fans when they come to the track because it's not wet, windy and cold. B, it helps get us away from the NRL and AFL, who we love and respect, but have quite a bit of fan overlap with. And C, it helps us be a little bit more innovative with our formats, because we've got more daylight. So you can run twilight and be on prime time TV.

Sean Seamer's full Below the Bonnet interview is available right now. Listen by clicking the play button below.

Power wants shots in Supercars at Bathurst, NASCAR on an oval

Van Gisbergen: Triple Eight 'not feeling sorry for themselves'