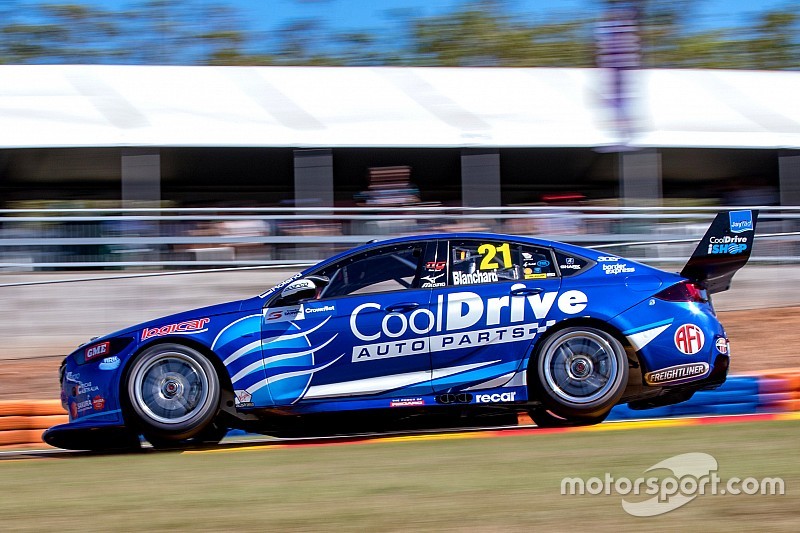 As widely expected, Jones will take over the Team CoolDrive entry for the 2019 season in place of Tim Blanchard.

The promotion comes after nearly five seasons driving for BJR in the second-tier Super2 series, Jones recording a best championship result of seventh in 2017.

He's also been an endurance race regular in the main series with BJR since 2016, along with Wildcard starts at Darwin, Winton, and The Bend over the past two years.

“There is so much to look forward to in my first Supercars season," said Jones.

"The amount of time I get to spend racing will double, and so will everything else, the workload, the off-track commitments; I’m ready to step up. I’m excited to be working with the team at the next level.

“The Wildcard and co-driving events have definitely helped me prepare for the year ahead. You get a taste of what to expect and how to manage yourself and the car in the longer races. Its daunting and exciting all at the same time, but I’m so looking forward to 2019."

Jones is the latest member of his family to become a Supercars regular, following father Brad and cousin Andy.

Blanchard, meanwhile, moves into a team manager role, having bought the Racing Entitlements Contract that underpins the third BJR Holden at the end of 2016.

The car will continue to be backed by Blanchard's family business CoolDrive.

“We’re excited to confirm that Macauley will be stepping into the Team CoolDrive Supercar in 2019," said Blanchard.

"In the last three years I’ve spent with BJR, I’ve seen the growth and development of Macauley, both as a person, and a driver.

“Not many people get to see the work Macauley does behind the scenes. If he’s not working on his own Super2 car he’s usually spending time working on his health and fitness. He’s got an incredible work ethic and is committed to doing the absolute best job he can.

“There is no doubt the step from Super2 to Supercars is huge. It’s going to be a challenge for Macauley and I look forward to seeing what he can achieve in the main game."

Confirmation of Jones in the #21 entry leaves only a handful of seats yet to be filled on the 2019 grid.

There are still question marks over the future of the Tekno outfit, with current Tekno driver Jack Le Brocq having been linked to a move to Tickford along with Lee Holdsworth.

The Kelly Racing team still has two Nissans yet to be accounted for as well, with neither Michael Caruso or Andre Heimgartner locked in for 2019.