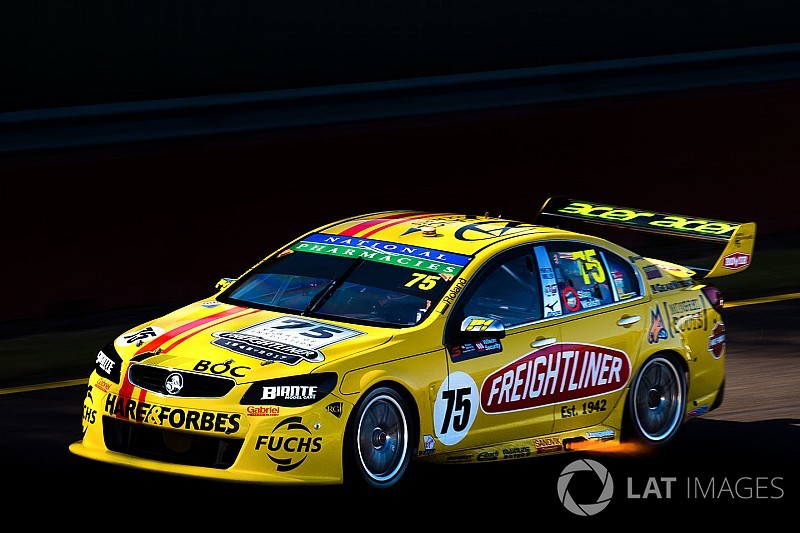 Brad Jones Racing team owner Brad Jones has hit back at Tim Slade and Ash Walsh being disqualified from the Sandown 500, labelling the decision a ‘bitter pill to swallow’.

The confusion stems from the hour-long red flag that turned the race into a 125-lap time-certain affair, 36 laps short of the full race distance.

However, the driver time regulations refer to scheduled race distance, regardless of a time certain or shortened race.

That meant that each driver had to have a resting time of at least 54 laps.

BJR opted for a risky alternate strategy, with Walsh starting the race and competing 85 laps before handing over to Slade for the final 40 laps.

As a result Slade didn’t meet the target for resting time, and the team was disqualified.

Jones has now hit back at the decision, claiming that if the regulation lists schedule race distance for the minimum, then it should be applied across the scheduled race distance as a maximum as well.

The BJR squad was the only one to interpret the rule that way, all other crews complying with the 54-lap resting time minimum.

Despite BJR’s disappointment, the result will stand, the team having elected not to appeal the disqualification.

“We are really disappointed at the penalty for Tim and Ash,” said Jones.

“To appeal this decision was going to be $11,000 plus our costs and you have one hour to submit the paperwork to do this after the hearing. At that point, which was around 7.30pm on Sunday evening, it is difficult to seek the correct legal advice.

“We felt that we would accept the decision that was made, even though it was a pretty bitter pill to swallow.”

The disqualification capped off a miserable weekend for BJR, which is facing a hefty repair ahead of Bathurst thanks to the wild crash that destroyed Tim Blanchard and Todd Hazelwood’s Commodore on Saturday afternoon.

“We’ve got a lot of work to do at BJR in the next couple of weeks, and I’m eager to put the Sandown weekend behind us,” added Jones.

“This has undoubtedly been one of the toughest seasons for us. If we can stand on the podium at Bathurst, it would be the ultimate reward for the team and all their efforts and hard work they’ve put in this year.”