Kelly Racing has copped a $2000 fine after a torch fell out of Simona de Silvestro's Nissan during Supercars practice in Townsville. 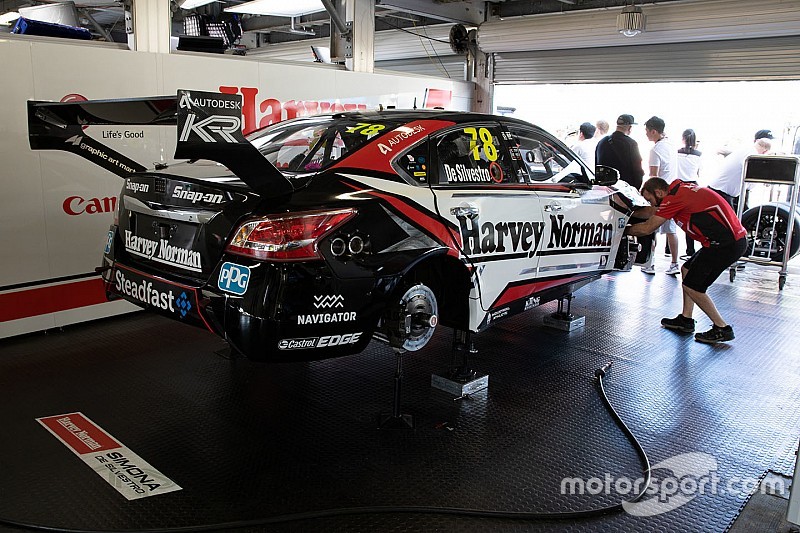 The round torch dislodged itself from de Silvestro's Nissan during this morning's opening 30-minute practice session, having seemingly been left under the car between runs.

While it didn't cause the session to be stopped it has since been punished by the stewards, the team copping a $2000 fine.

The fine caps off a trying day for the four-car KR outfit in Townsville, lead driver Rick Kelly the best of the Altimas on combined times in 13th place.

Andre Heimgartner was next best in 17th, with Garry Jacobson 20th and de Silvestro just 23rd.