Todd Kelly has confirmed that Kelly Racing will look to field as many as three Nissan Altimas in the second-tier Super2 series in 2020. 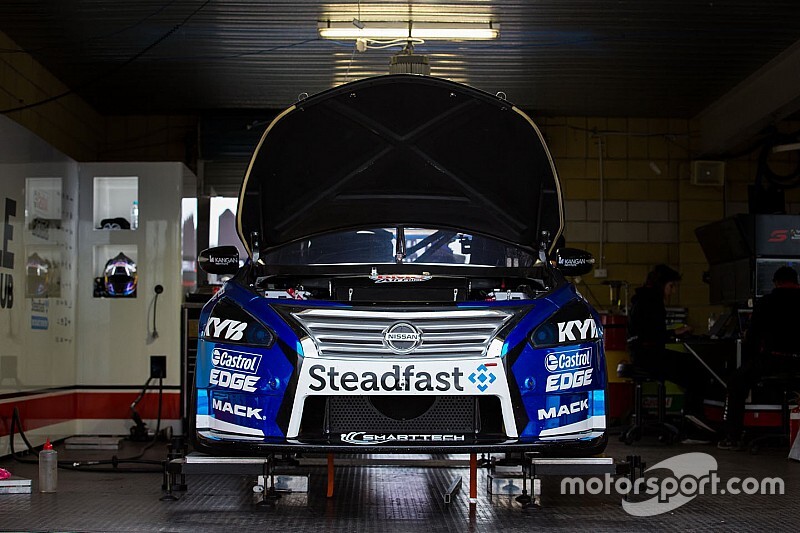 The Altima is set to disappear from the main series grid next season, a move to Ford Mustangs for KR meaning last Sunday's Newcastle race was the last for the Nissan package in the top tier.

That is, however, set to spark an influx of Nissans in Super2. As many as three KR-run Altimas could join the Super2 grid next year, alongside the trio of cars generally campaigned by satellite team MW Motorsport.

"I’ve got up to three cars that we can run, [with] the transporter and all the equipment. The only catch is that I haven't actually signed any drivers yet!

"So it's all there ready to go. I’m having some chats with a few people. I’d love to be able to get an enduro driver in one of our Nissan's next year. Hopefully we can get that progressed over the next few weeks."

The Altima has proven to be a competitive package in Super2, Kelly Racing enduro driver Bryce Fullwood comfortably winning the series in an MW Motorsport Nissan this year.

According to Kelly, that's proof that the Altima – first built in 2013 – is better suited to racing VF Commodores and FG-X Falcons, rather than ZB Commodores and Mustangs.

"At the end of the day, that’s where this car belongs," he said. "It’s racing against its own kind in Super2 unlike in the main game.

"So we can't wait to get our hands on these cars and put the aero tweaks back to the Super2 [Vehicle Specification Document] and give it a crack."

Kelly added that the new Super2 programme won't come at a cost to the existing relationship with MW Motorsport.

"Matt’s had the luxury of having it to himself all these years, and we’ve worked really well together and I’ve been completely transparent with him about what our intentions are," he said.

"Even with talking to drivers, [I'm] keeping him up to date of where I’m at so we’re not stepping on each other’s toes.

"At the race meetings it makes no sense to go head-to-head, he’s a good customer and partner of ours in the programme, and he'll continue to be so. It’ll almost be no different to what we had here with a four-car [main game] team with working with Matt White in Super2."

Three of KR's currently-active chassis will stay in Altima form next season, while one will be converted to a Mustang for Andre Heimgartner.

Of those three that will live on as Nissans, Kelly hopes at least one will stay in his possession long-term as a keepsake of the Nissan factory era.

"Over the years, through necessity, every car and every engine we’ve built we’ve had to sell to fund building a new one," he said.

"I’ve said it Rick [Kelly], it would be great to end up in a situation where we could keep one of our cars just to have – because in 10 years time that would be something that we would really regret not doing if we can’t achieve that.

"We sold our very last two Holden engines just earlier this year, our two best Holden engines. So we’ve got nothing left with Holden now, and I’d hate to see the same thing for the Nissan.

"But we do have one of these Nissan engines in our ski race boat, which isn’t going anywhere straight away..."