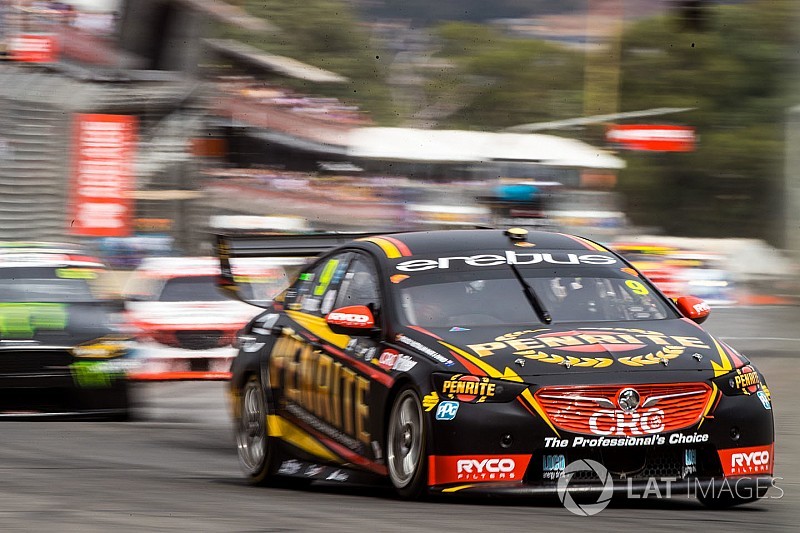 Supercars star David Reynolds has offered a frank assessment of his performance in Adelaide, admitting that a lack of self-belief led to him effectively hand-balling victory to Shane van Gisbergen.

Reynolds reckons he arrived in Adelaide convinced he was staring down the barrel of a difficult weekend, a mindset he struggled to shake even after finishing fourth on Saturday.

And that played a significant role in his lack of solid defence against van Gisbergen when the pair battled for the lead in the middle part of Sunday's race, Reynolds admitting he didn't think he'd be able to hang on to the Kiwi in the way he ultimately did.

"My problem is I never believe in myself at this track, I never go well here. And to pop out in the lead with 30 laps to go... I never thought it was possible. That's the god honest truth. I never believed in myself.

"You'd expect Shane to just drive off. He's that sort of person, he always smokes everyone [in Adelaide].

"I've never gone good at this track, so I had a negative mindset heading into it. I was thinking 'oh, I'll probably end up eighth and 10th if I do alright'. I've never felt comfortable here.

"But that's the best car I've ever had here in my life, by a country mile. So to finish fourth and second, I should be stoked – but I'm f**king disappointed! I let the lead of the race go...

"I wish I could start my weekend again, knowing I was going to have this result. Hindsight is a wonderful thing, but I'm disappointed with myself. If I was my own parent, I'd be disappointed in me. I'm not angry; angry comes first. I was angry in the race. Now I'm disappointed.

"Generally you know how you're going to go before you turn up, going on prior results and things like that. It's like James Courtney; he goes unbelievably here for some reason. And then... I don't know what happens to him. But he's got a really good understanding of how to drive the track, and must have a lot of self-belief.

"I'm the opposite. I turn up with a negative mindset."

The reigning Bathurst 1000 winner is now determined to avoid falling into the trap of letting self-belief dictate results in the future.

"Have a weekend like this," said Reynolds, when asked how he plans on boosting his self esteem.

"I'll never, ever have that mindset heading into this weekend again.

"Next year I'll be looking forward to Adelaide."