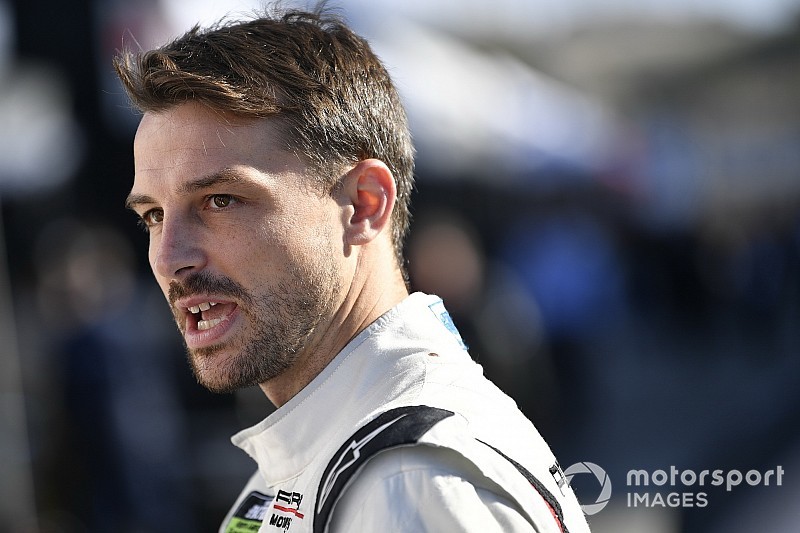 Two-time Le Mans winner Earl Bamber is unfazed by the pressure of supporting Shane van Gisbergen's Supercars title bid over the next three rounds, claiming it was always going to be part of the deal.

Despite having next to no Supercars experience coming into the year, the former Porsche LMP1 driver was snapped up by van Gisbergen and Triple Eight for the long-distance races.

He's since banked valuable seat time during practice at Winton back in May, and a successful test at Queensland Raceway recently, bit still heads into this weekend's Sandown 500 as the least experience driver in terms of laps in Supercars hardware.

There will be no time to build up to it either, with Bamber thrust straight into the Supercars title fight thanks to van Gisbergen's stellar 2018 form.

But while that may seem like a daunting task for a rookie, Bamber says he knew exactly what he was getting himself into when he signed on with Triple Eight.

"In terms of pressure and expectation, I think whether Shane was leading the championship or fourth, fifth, 10th, whatever, the expectation would still be the same. The goal would be to win these races. I think it's the same for all the Triple Eight cars.

"It's clear we need to try and win or be on the podium. When we agreed [to the deal] at the beginning of the year, we all knew what we were getting into with the expectations coming to these races."

Bamber looked far from out of his depth today, almost going quickest in the final session before being pipped by Erebus driver Will Brown.

And while facing the prospect of wet weather for tomorrow's qualifying race, Bamber has prior form in the rain thanks to his impressive showing in a flooded practice at Winton when he was eighth quickest in an open session.

"Winton was a bit of a blessing, to have done all those laps in the wet earlier in the year as well," he said.

"So at least going into tomorrow, when it's pouring rain, it's not a complete unknown. I think that would be a big challenge, first time in a Supercar race in the wet. That's quite lucky as well, good preparation all round."