No legal action from DJR Team Penske after failed protest 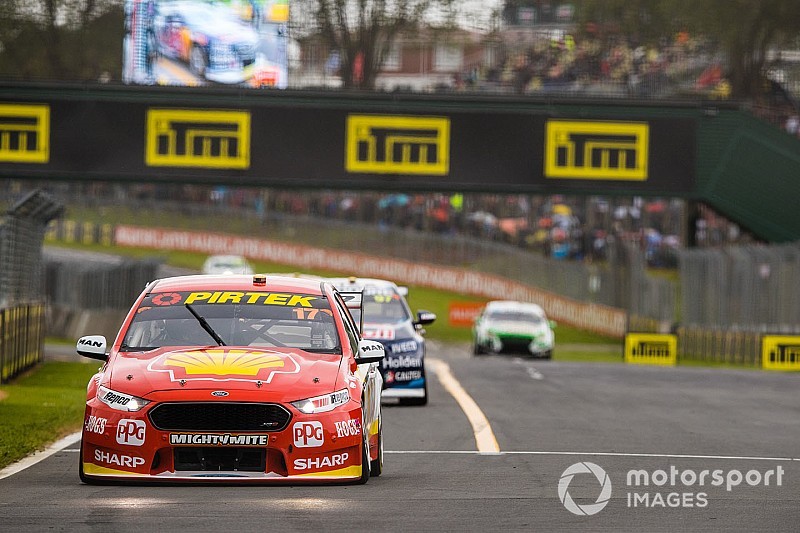 The team lodged a protest against the Deputy Race Director's decision to not hand winner Shane van Gisbergen a time penalty after Saturday's race, despite his wheels having spun during his second stop.

A hearing took place this morning, Penske arguing that the decision not to refer the incident to the stewards because van Gisbergen's wheels didn't make a full rotation was inconsistent with the wording of the regulation.

However the protest failed, van Gisbergen keeping the controversial win.

DJR Team Penske has now considered the case closed, a team spokesperson confirming to Motorsport.com that there will be no legal action for further protests – a position then reiterated in a statement from the squad.

"The rules are there to protect the safety of pit crew members," read the statement.

"Any rotation of the rear wheels during a pit stop, except for slight movement upon gear engagement, is a clear violation of the rules.

"The rules do not state how much the rear wheels can rotate – they state that they can't rotate. Injury can occur without a 'full revolution' of the rear wheels being completed.

"We have no choice but to accept this decision. We can only request that rules are applied and enforced as they are written and that there is consistency as well as clearly defined communication to all in their ongoing application."