'Light at the end of the tunnel' for embattled Nissan outfit 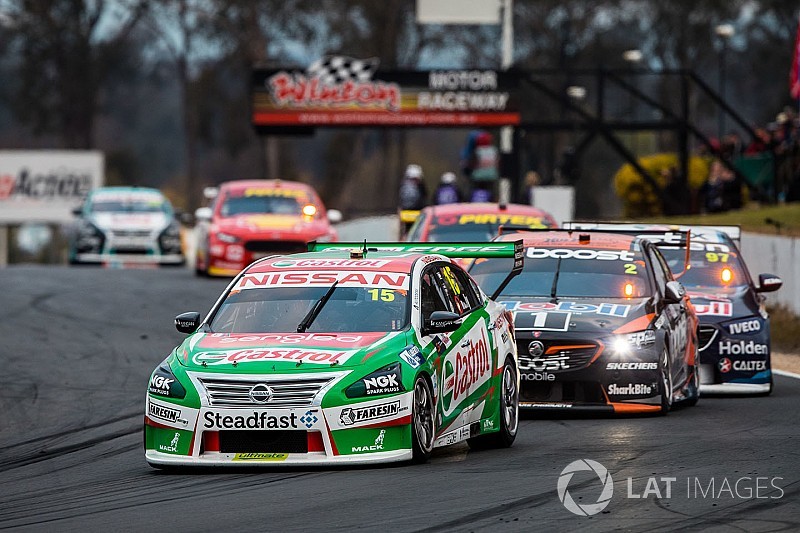 Nissan Motorsport co-owner Todd Kelly says his brother Rick's Supercars race win at Winton shows there is 'light at the end of the tunnel' for the embattled squad.

The Kelly Brothers have endured a turbulent five-and-a-half years servicing Nissan's factory-backed Supercars programme, results proving hard to come by as the team dealt with issues such as the costly ongoing development of a V8 engine originally out of an SUV.

Since the beginning of the 2013 season the four-car outfit has taken just three wins, the latest of which came at the recent Winton round – just days after Nissan's confirmation that it will walk away from the sport at the end of the season.

However, unlike the wins at Winton in 2013 and Hidden Valley in 2016, there's a sense of consistency around the latest triumph.

Rather than being an outlier of a result, it came after a run of promising form from the Altimas – including a pair of podiums for Rick Kelly at Phillip Island and two second-row lock-outs across the Winton weekend for Kelly and Michael Caruso.

Kelly was even able to back up his Saturday win with fourth on the Sunday, while Caruso had two top six results.

That consistency has led to a sense of optimism within the Nissan Motorsport team, with Todd Kelly confident that a breakthrough has been made.

And if the team can carry the momentum until the end of the year, Kelly says it could be facing the best shot at a Supercars title its ever had next season.

"We’ve spent the last five-and-a-half or so years putting countless hours and effort into trying to get this package to the point where it can win races and be a podium contender," said Todd Kelly.

"It’s been relentless, it’s been up and down, there’s been glimpses of hope that we’ve got ourselves a good car, so to now have a bit of momentum at a number of rounds where we’ve been up there is a huge achievement and a relief to have actually got to the light at the end of the tunnel.

"The cars have been good and even at Perth, one of our weaker tracks, there was pretty good speed there for us. We’ve certainly closed the gap to our competitors around the last round and from Phillip Island, we know we’ve got a good car and it’s a matter of getting the job done.

"There wasn’t really anything different that we did [at Winton] other than to prove we could show people what we’re about and that we could get the job done when things are difficult.

"All we need to do now is just keep building on the momentum through this year. There’s a little bit of work to do, championship-wise this year, but next year, to be able to hit the ground running with a competitive package, we’ve not been in a position to be able to do that for 10 years."

Should Kelly Racing actually go on an win the Supercars title next year, in the season following Nissan's official withdrawal, it would be reminiscent of Prodrive's 2015 triumph immediately after Ford's exit.

Reflecting on Rick's emotional win, Todd said it was a "hell of a race" to be watching from the sidelines – particularly in the closing laps when the Nissan driver had Scott Pye and Shane van Gisbergen breathing down his neck on considerably fresher rubber.

"When you want him to win the race so bad and you know it’s one of the biggest tasks to hold cars off like that when they’ve got such a tyre advantage, it was a hell of a race for me," he said.

"The calibre of cars at the front, it was probably just as nerve-wracking for anyone that watched it as it was me, really."