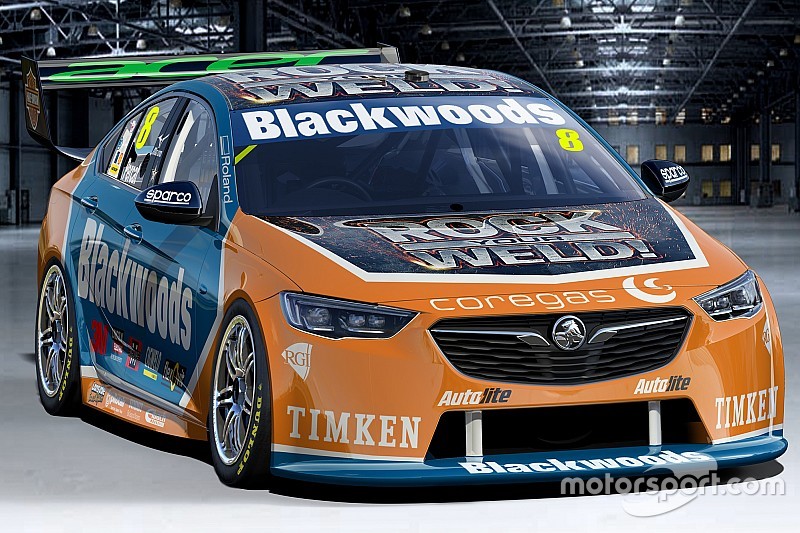 BJR looks set to continue its rolling sponsorship programme with the #8 Commodore, with industrial supplies company Blackwoods the first to take top billing on Percat's car.

Percat won't just roll into his home race with a new livery either; he'll also have a new chassis thanks to the transition to the ZB Commodore.

According to Percat, it's his first new car since he raced a fresh Mygale chassis in Formula Ford back in 2007.

“Not only is the Blackwoods Racing ZB Commodore my first new Supercar, it’s the first new race car I’ve had since 2007," said Percat.

"For any driver it’s very exciting when you get to roll out a brand new car, especially one that looks as good as this.

“I have visited the guys and girls in the workshop a few times over the last month and they have all worked extremely hard getting these cars ready for the 2018 season. I can’t thank them enough, it’s been a huge effort."

Percat's is the first of BJR's three cars to be revealed ahead of the new season.

Bathurst Wildcard a work in progress for Porsche star