Triple Eight hopes Lowndes finale is 'a pain in the arse' 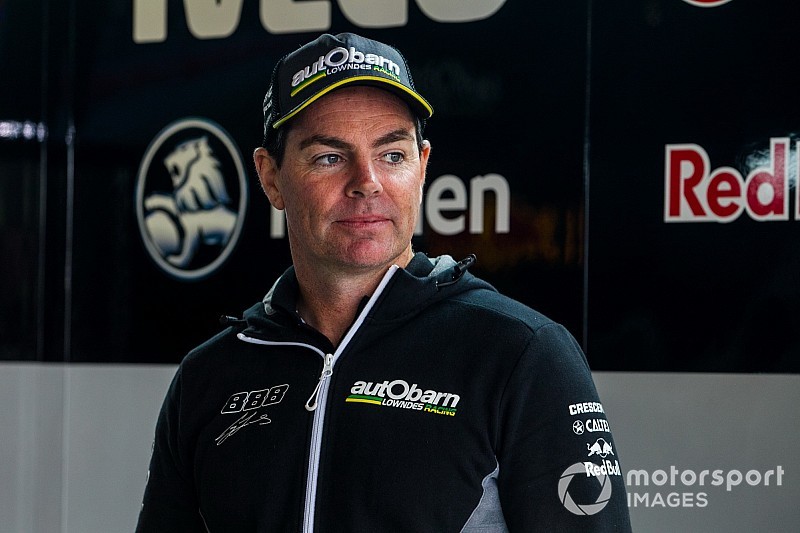 The seven-time Bathurst 1000 winner will make one final start as a Supercars full-timer in Newcastle this weekend, before scaling his driving duties back to the long-distance races from 2019 onwards.

Given Lowndes' immense popularity, it's set to be a huge weekend both on and off the track for the fan favourite.

And Triple Eight team manager Dutton hopes that the Newcastle crowd gives Lowndes the send-off he deserves, knowing how much he values his fans.

"It’s something that is really, really hard to avoid, because it’s Craig Lowndes."He loves the fans. I hope it’s going to be a massive pain in the arse for him. He deserves all the recognition that he gets, so I hope there’s lots.

"It will up the workload and make it more difficult, but it’s a good difficult, it’s a celebration.

"We’ve got to embrace that while focusing on the task at hand."

Lowndes, meanwhile, is prepared for the onslaught of attention, with the in-car part of the Newcastle likely to be the most relaxing.

"The races since have come and gone so quickly [since the retirement announcement]," he told the Red Bull website. "I don't feel like I've had that chance to reflect or to slow down.

"Newcastle is going to be at a different level, I'm sure. The quietest times might be when I strap the helmet on and get inside a racecar…

"All of us drivers are wired to look at what's coming up, it's what we do. That's been my life for over two decades in Supercars. So for there not to be a 'next' round after Newcastle and with the gates closing on my full-time career … it's been strange.

"Sunday in Newcastle, knowing that once I get out of the car after the chequered flag drops… no matter what happens, this is it."

McLaughlin will 'get elbows out' in Supercars title decider