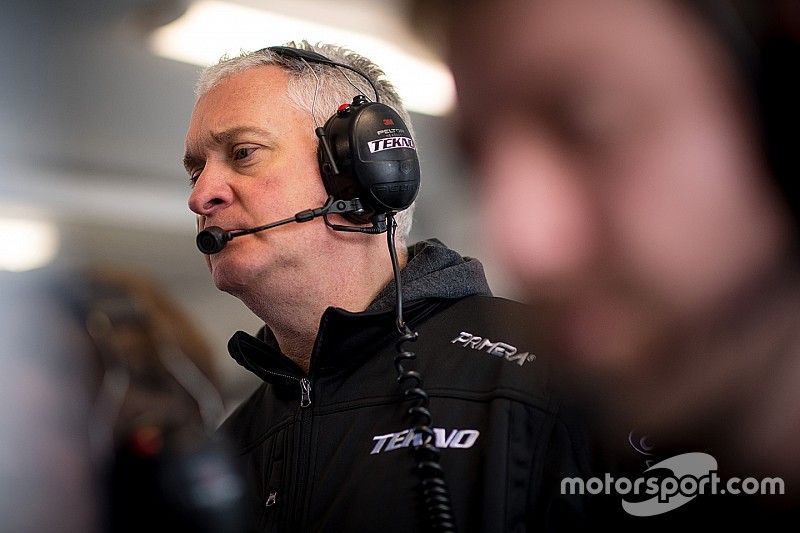 Former McLaren mechanic and respected Supercars team boss Adrian Burgess has been named as the series' new Head of Motorsport.

His appointment comes following a worldwide search for a new tech boss, which included CEO Sean Seamer making trips to the US to interview potential candidates.

“We received expressions of interest and applications from a number of extremely experienced people from a variety of major international categories,” said Seamer.

“The calibre of candidates illustrates the regard in which our category is held worldwide.

“Adrian has that level of experience but also a deep knowledge of our sport technically and operationally. He will transition into this role seamlessly to lead the motorsport group.”

Burgess was a staple in the Formula 1 paddock in the 1990s, a stint with McLaren starting back when Ayrton Senna was involved in the team at the turn of the decade and ending with a pair of World Championships with Mika Hakkinen.

He then moved to Carlin's British F3 effort in 2000, winning titles with Takuma Sato and Alan van der Merwe.

After a brief return to F1 with Jordan and Midland in the mid-2000s, Burgess moved to Australia to work with DJR in 2007. In 2010 he and former Carlin F3 driver James Courtney combined to win the Supercars title, which directly led to Burgess joining Triple Eight the following year as Team Manager.

Following three consecutive titles for Jamie Whincup between 2011 and 2013, Burgess followed Courtney to the Holden Racing Team in 2014.

However the move ultimately proved ill-fated, the team losing its factory Holden status at the end of 2016 before Burgess was let go midway through the 2017 season.

He reappeared later in the year in an advisory role at the single-car Tekno outfit, where he still currently works.

“After spending more than 33 years working in race teams around the world, I feel it is the right time for me to move from poacher to game keeper,” Burgess said.

“The VASC series is the strongest, most competitive, and delivers the best racing of any of the championships I have had the pleasure of working in.

“I look forward to helping guide its pathway into the future with the help of the commission, senior management, all the staff at Supercars and our fantastic group of team owners.”

Stuart is set to continue working with Supercars until the new-for-2019 Mustang is homologated, with a starting date for Burgess yet to be confirmed.

Once in the role, Burgess will lead the Supercars Commission in its quest to investigate hybrid powerplants ahead of a regulations shift in 2021.