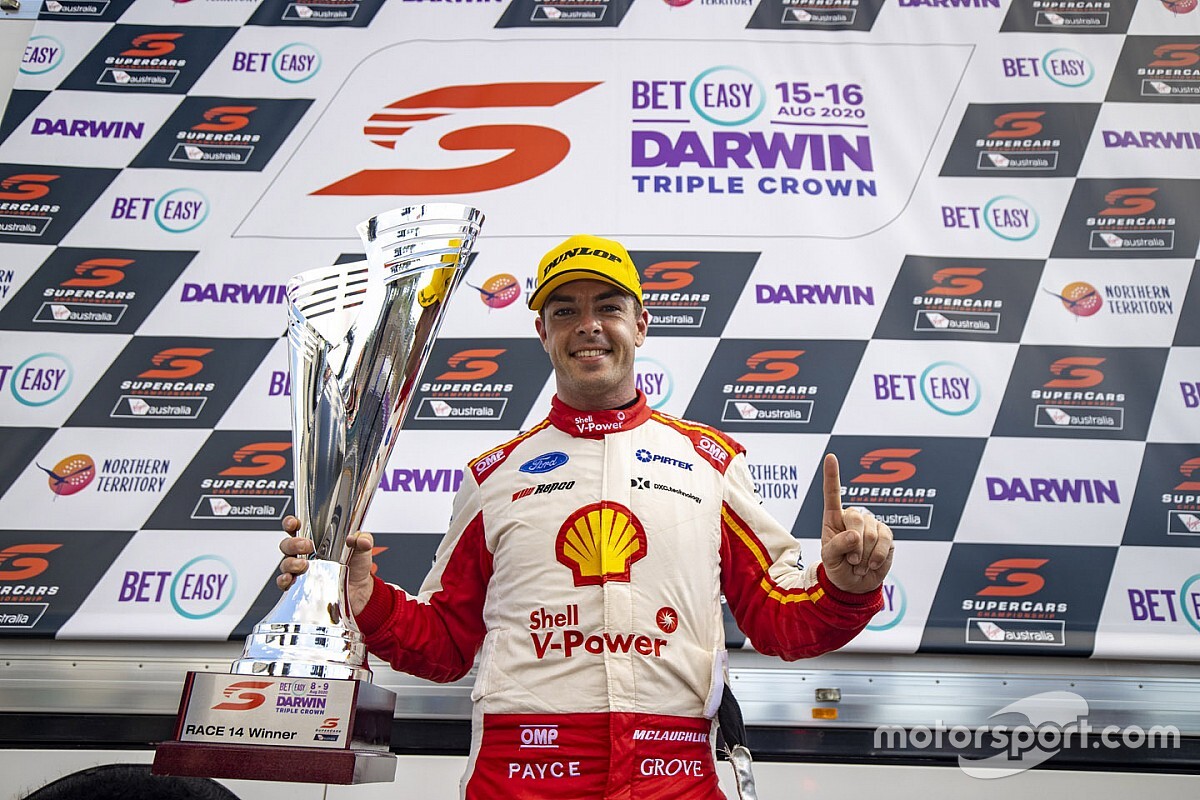 Scott McLaughlin is expecting pace, not tyre strategy, to be the determining factor for the second leg of the Supercars Darwin double-header.

The series is preparing for a second consecutive weekend of racing at the Hidden Valley circuit, with another three 38-lap heats to round out the Darwin double.

However there is one key difference to last weekend's Triple Crown, with this weekend's tyre allocation limited to five sets of the soft compound Dunlops tyres for all competitive sessions.

The format will be back-to-backed with the mixed tyre rules, which were in play last weekend.

Based on the low degradation from even the softer compound last weekend, with the likes of Anton De Pasquale essentially making two sets last through all three races and two qualifying sessions, it's likely that five sets of the softs won't provide the same juggling act that's seen the likes of Nick Percat, De Pasquale and Jack Le Brocq win races since the resumption of the season.

And that means we could see the first repeat winner on a race weekend since the first Sydney Motorsport Park round in June, when McLaughlin won two of the three races and was third in the other.

While not going as far as to predict multiple wins this weekend, McLaughlin is expecting outright car speed to play a more dominant role across all the races than it has at recent rounds.

“I think you could definitely see a bit more of a pace-driven weekend," he said. "It’s not going to be just a couple of guys searching for glory or whatever.

"I think you’ll definitely see the faster cars up the front for longer. Whether they stay up there or the tyres hold on or whatever [is the question], but I think you saw that [last] Sunday, when people had softs and were able to do four-two-four-two. I think that will probably just happen again."

McLaughlin added that there will still be strategic elements to the weekend, such as managing green tyres in qualifying.

"It depends on how fast your car is, but there will definitely be people out there trying to save tyres in qualifying and stuff like that," he said. "I think it’s going to be an interesting strategic battle, but a lot more simple than it probably has been in the past. It will be a bit more conventional."

McLaughlin heads into the Darwin SuperSprint with a 101-point lead over Triple Crown winner Jamie Whincup.