Scott McLaughlin suffered a spectacular crash during qualifying for Sunday's Supercars race on the Gold Coast. 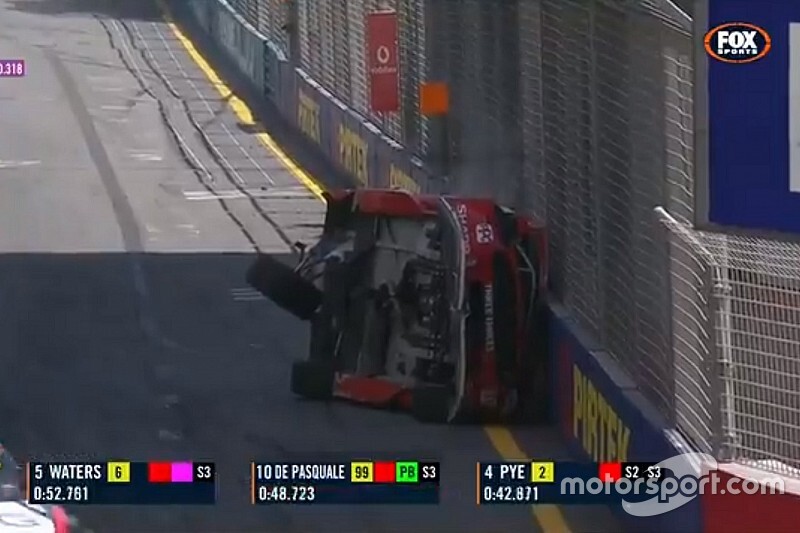 The Penske Ford driver was on his final run when he clipped an inside wall at the first chicane, which fired him to the outside and tipped his Mustang on its side.

He was able to climb from the car under his own steam, and is currently being assessed by medical staff.

However he won't take any further part in today's action, which means he'll have to wait until at least Sandown to wrap up the 2019 title.

“It’s a pretty bad incident, but fortunately Scotty is alright so he could jump out of the car, that’s the main thing,” said co-driver Alex Premat.

“It’s bad ending the day like this, but it’s motor racing. He did the best at what he could do, we didn’t see what happened because we didn’t have so much onboard.

“It’s very unfortunate, but all that matters is Scotty is out of the car.

“We need to see when the car is back here what we can do, how bad it is, but the whole team will be making sure everything is back together, either today or at Sandown.”

McLaughlin actually finished the session fastest, but was demoted to second after losing his fastest time for causing a red flag.

That elevated Shane van Gisbergen, who rushed to McLaughlin's aid after the crash, to top spot, the Red Bull Holden driver set to run last in the Top 10 Shootout later this morning.