Scott McLaughlin ended Friday's Supercars running in Newcastle as the man to beat, topping the second and final practice session by less than a tenth. 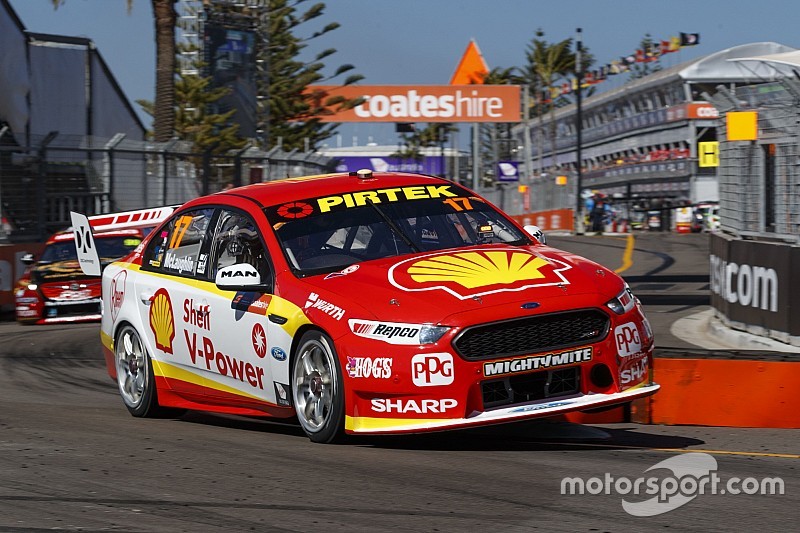 McLaughlin's title rival Shane van Gisbergen wasted little time early in the session, diving below the 1m11s bracket on his first run with a 1m10.883s.

He was joined in the 1m10s by teammate Jamie Whincup shortly afterwards, the outgoing champion banking a 1m10.650s, before McLaughlin went comfortably fastest with a 1m10.475s.

Cam Waters joined the lead bunch with a little over 10 minutes to go, slotting in between McLaughlin and Whincup with a 1m10.647s.

There were dramas on the other side of the Tickford garage at the same time, however, with Richie Stanaway's Falcon requiring a lengthy repair after the Kiwi side-swiped the wall.

With a little over two minutes to go a number of contenders rolled out on new rubber, hinting at a qualifying sim shootout to finish off the session.

However it was surprisingly subdued, Whincup the only driver to make a meaningful improvement on his final run as he jumped Waters to go second, 0.08s slower than McLaughlin's earlier benchmark.

That left McLaughlin on top, despite running wide on his qualifying sim lap.

“I’m not sure if the track went away in other areas, but overall we’ve had a really good day and everything feels alright.

“The time that we did with the 10.4s, we found a combination that we really liked, then we went away and tried a few other things and came back.

“Even though there was lots of springs and dampers, everything was pretty good and we tried everything that we wanted to.

“It’s going to be all about qualifying here, the race is going to be a long race but track position is key and that’s what we’re working on.”

Van Gisbergen slipped back to seventh after making a minuscule gain on his final run, followed by David Reynolds, Scott Pye, and Anton De Pasquale.

The title showdown continues tomorrow with qualifying for Race 1 at 11:35am local time.