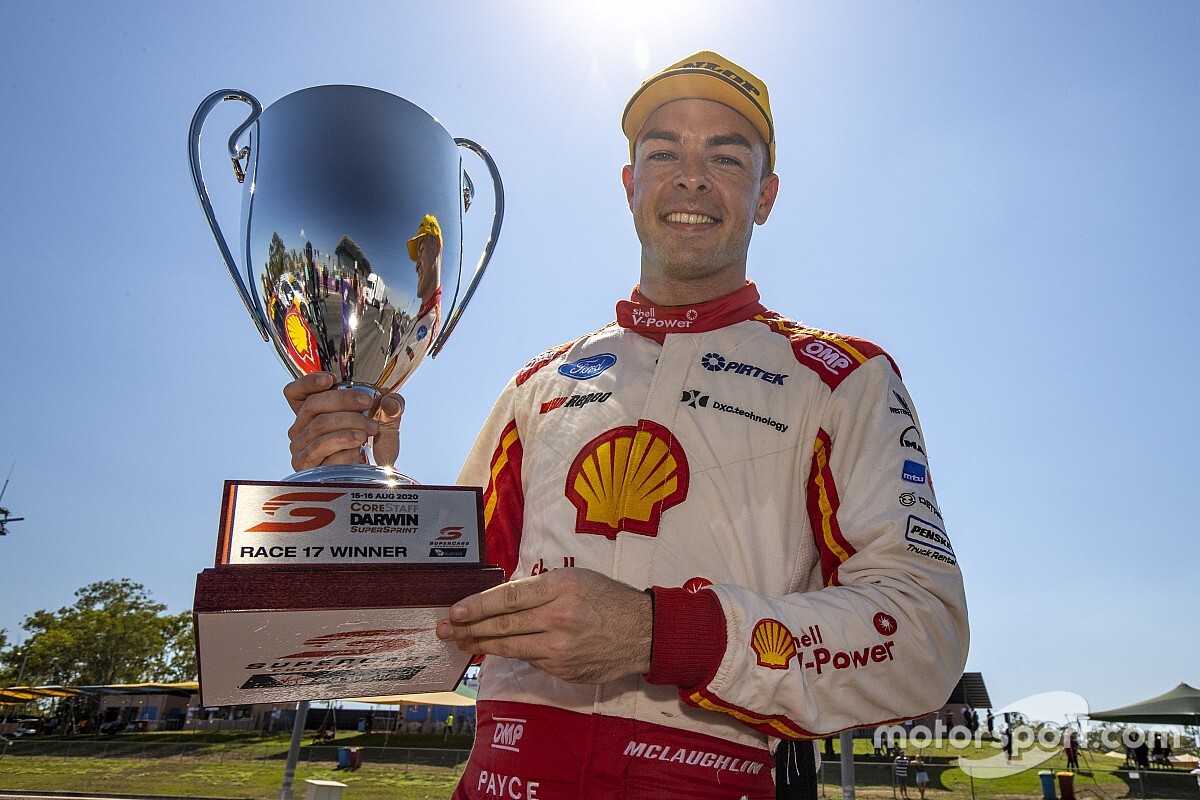 Scott McLaughlin says there is "no comparison" between himself and the late Peter Brock, despite the young Kiwi passing the Aussie legend's wins tally over the weekend.

McLaughlin took a 49th career race win at Hidden Valley on Saturday to move one clear of Brock, before adding a 50th and a 51st on Sunday as he completed a flawless clean sweep for the weekend.

While proud of the the milestone, McLaughlin doesn't think he should be compared to the nine-time Bathurst 1000 winner.

He reckons the frequency of modern racing has given him an edge compared to Brock, in terms of racking up the wins.

There's also the fact that those nine Bathurst wins and another nine Sandown wins didn't count to Brock's tally, as the enduros weren't part of the championship during that era.

“It is very cool,” said McLaughlin of the milestone.

“There’s no comparison between us. There were less races compared to what there is now.

“[But] it’s a pretty proud moment for me and my family.

“I obviously have memories of watching Peter but… it really wasn’t until 2002 Bathurst where I got to watch him properly and understood Supercars the best, when he did his 2002 run, and obviously ’04.

“So I fully understand what the bloke has done and who he is as a person.

“He could have won a huge amount of races if he had the same format that I do right now, the amount of races that we get to have and win is a lot more. But I’m very proud to be in that sort of namespace.”

McLaughlin took the first of his 51 wins at Pukekohe during his maiden full-time campaign with Garry Rogers Motorsport in 2013.

He took another seven wins during his four-year stint at GRM, the other 43 coming since he joined DJR Team Penske for the 2017 season.