Freshly-crowned Supercars champion Scott McLaughlin says his breakthrough title win delivers on a promise he made to his late grandmother. 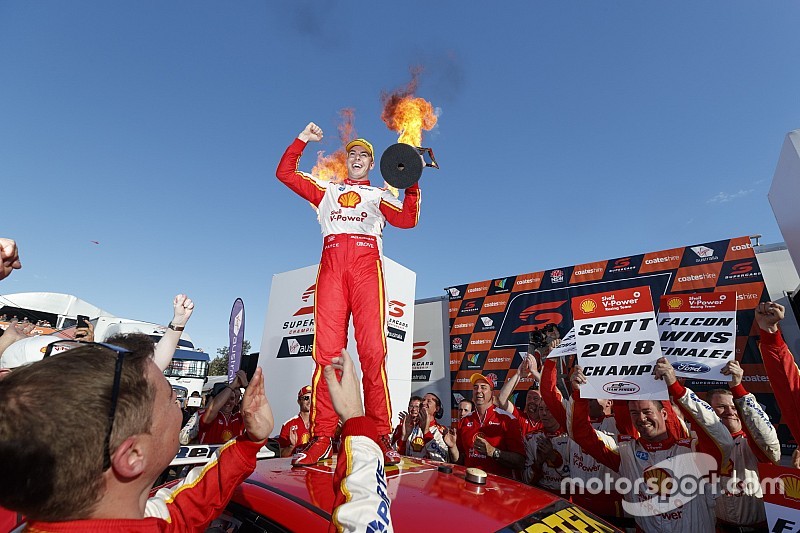 In an emotional reflection on wrapping up his maiden Supercars championship yesterday, McLaughlin talked about a deep connection with Australian Touring Car racing that extends back to his childhood in New Zealand and his childhood hero Greg Murphy.

He also dedicated the crown to his late grandmother, the 25-year-old explaining that he once promised her he'd add his name to the sport's roll of honour.

"I never had dreams of going to Formula 1 or anything like that," he said. "I dreamt of being on this [championship] trophy and the Bathurst trophy like my hero Murph.

"It's a pretty emotional day for my family. I promised my gran, before she passed away, that I'd do it for her, and I did it.

"It's been a pressure-cooker year. Last night I was struggling to get some sleep. I'm just so bloody proud to get it done, it's a massive weight off my shoulders."

The title win completes a remarkable journey for McLaughlin, who debuted in Supercars as a 16-year-old in the second-tier Super2 series in 2010.

With so little circuit racing experience – he missed the first round in Adelaide as he hadn't graduated to a high-enough licence – his spot in the Stone Brothers Racing outfit wasn't without controversy.

However by the end of 2012 he was a Super2 champion, before becoming a main series race winner just six races into his full-time career with Garry Rogers Motorsport.

He headlined the GRM line-up through the Volvo era before departing to DJR Team Penske in 2017, coming devastatingly close to winning the title that year before getting it done this time around.

"I had a lot of haters before I started," he said. "Sixteen years old, I was a young kid, coming to Super2, we had tremendous backing from Fujitsu and whatever. I stalled on my first go and got hit up the arse and that didn't really help my cause.

"I think from that start, I've learnt. I've had the right people around me, whether it was Ross and Jimmy [Stone] or Garry Rogers.

"I owe a lot to them, especially Garry Rogers. He's been tremendous. When I left his team it was a hard decision, but he is the one who gave me my start and is still a massive supporter of mine today. We always chat all the time and had dinner a couple of months ago.

"It's been a whirlwind since I was 16. I'm now 25. It's amazing to get my first championship. It pays off mum and dad's hard work; my dad put his balls on the line business-wise to do it. If it didn't work out, he was in the crap, so I owe a lot to my mum and dad. 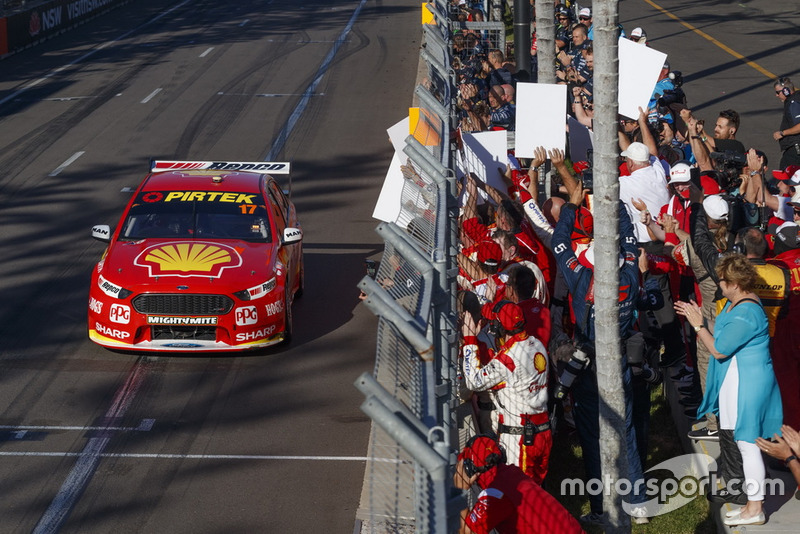