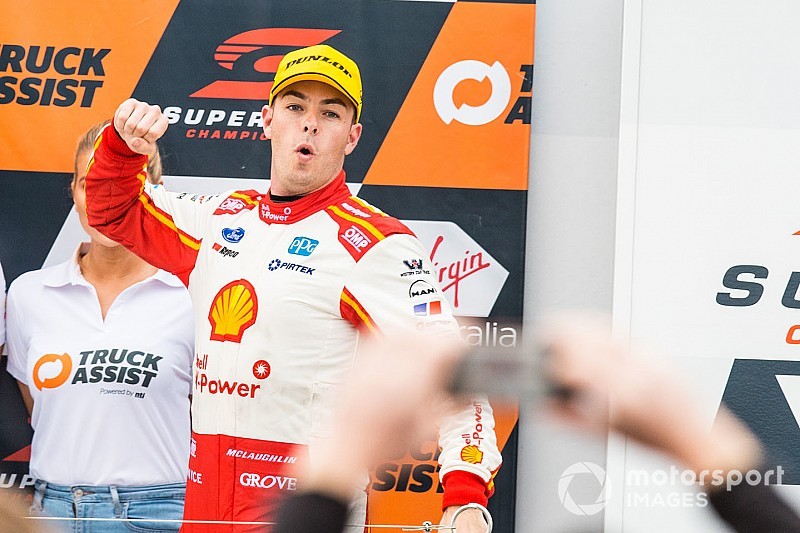 Scott McLaughlin says he wants to be able to 'attack' this year's Bathurst 1000 without having to worry about his points balance.

With 12 wins from the 16 races so far this season, the reigning champion currently holds a commanding 319-point lead in the standings over teammate Fabian Coulthard.

While that means he could already sit out a round and still be leading the championship, the Penske star reckons he has no plans to slow down just yet.

Instead, he wants to keep extending his points advantage over the next four events so that he and co-driver Alex Premat can head into the Bathurst 1000 in full attack mode, without having his title campaign in the back of his mind.

"We build a gap for the worst circumstance," he said after becoming the first driver to ever win the Darwin Triple Crown last Sunday.

"We absolutely know that, probably, if we finish every race in a good spot, we could cruise. But we don’t want to do that.

"We want to attack and build a gap, and be able to attack in the enduros and not be worried about a championship.

"That’s what we’re trying to build to. I want to have a gap that I can attack in the enduros and not worry about [the title].

"Bathurst is the next thing on my list, and I don’t to be worried about a points gap."

McLaughlin's dominant form was in full swing in Darwin, with a crushing performance that delivered a pair of straightforward, unchallenged wins.

"I’m able to strive to get that extra hundredth or tenth.

“I don’t feel unbeatable. I feel in the zone. I feel I’ve got to make the most of the opportunity I got.

“The car is sensational, and when you have clear air in this series, especially at a hot track like [Darwin], you’ve got to make the most of it.

“It’s a benefit getting that start and being able to take off with it, and really then you can control the strategy from there.

“We were able to stay out longer than others, and we came out with the faster strategy in the end because we had that gap."