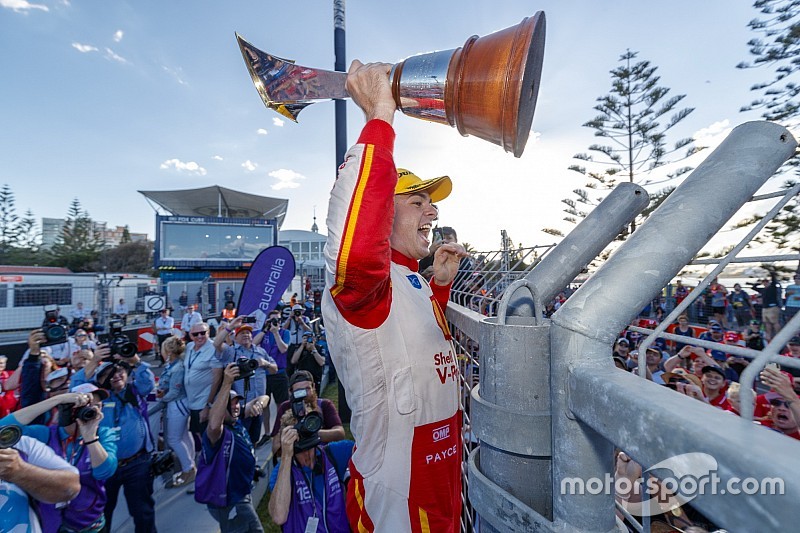 Scott McLaughlin feels his devastating 2017 Supercars title loss was "meant to be", given how strong he bounced back to claim the 2018 crown.

The DJR Team Penske driver secured a maiden title in spectacular style in Newcastle last weekend, second place in Sunday's finale enough to topple rival Shane van Gisbergen, whose hopes were left in tatters by a post-race penalty on the Saturday.

With the intervention from race control, there were stark similarities to the 2017 title showdown at the same circuit. However back then it was McLaughlin that fell foul of the stewards, a pitlane speeding penalty kick-starting the drama that cost him the title to Jamie Whincup.

According to McLaughlin, the devastating loss played it own role this time around. He says it helped him become more consistent, exemplified by 13 poles and just a single finish outside the Top 10 from 30 races.

"It was a massive year last year, battling all of the time," he said.

"In some ways it was almost meant to be that I [didn't] win the championship last year. Maybe it was something that I needed to learn from, and I didn't capitalize when I needed to.

"This year I felt like I was most consistent I've ever been in my whole career and it's paid off in the end."

McLaughlin also paid tribute to van Gisbergen, reiterating the respect he has for his fellow Kiwi despite how tense their title fight became in the closing stages of the season.

"It's certainly an intense battle, but there's... people can say what they want, but there's a tremendous amount of respect between myself and Shane," he said. "I think it's more on track; we battle hard and fair and get on with it.

"Obviously one or two times we will have a hissy fit, one of us, but it's I think... the battle with him to the end this year was amazing and I think we're 500 points clear of third, so it just shows how consistent we were.

"I tip my hat to a lot of [the Triple Eight] guys for pushing me to the end and pushing our team to the end."