Scott McLaughlin says he'll go into tomorrow pretending it's a clean sheet in terms of the title fight, as he looks to avoid a repeat of last year's devastating loss.

The Kiwi heads into tomorrow's opening race on the streets of Newcastle with a 14-point lead over countryman Shane van Gisbergen, however he's not considering that to be any kind of advantage.

Instead he says his approach to the title fight is that it's "starting from zero", and that it's effectively a winner-takes-all battle for the crown.

"I'm just pretending that we're on even points, we're both starting from zero," he said after topping today's final practice session.

"I think if [Shane] wins and I finish third [tomorrow], he leads the championship. It's so tight, even if you do get a good result.

"It's just a matter of us trying to beat each other. If we do that, that's who will be champion."

Not complicating the equation is something that McLaughlin hopes to use as an advantage heading into the competitive portion of the weekend, with his focus on winning poles and races rather than on what's happening in the Triple Eight garage.

"You're always talking about scenarios and what-ifs and all that sort of stuff," he added. "I'm just trying to stick to my programme.

"It's so boring, the answer. It's so footy. But at the end of the day I'm just trying to do all four quarters and bring it home.

"If we can just keep doing what we're doing, we should be in an okay position at the end. I feel like we've been very consistent all year, and it's sort of making me relaxed, knowing the process I follow is probably good enough."

The DJR Team Penske also dismissed any notion of mental fragility thanks to last year's drama in Newcastle, which saw his sizeable points lead heading into Sunday's finale decimated by penalties as Jamie Whincup claimed a seventh title.

He says his Race 2 triumph at Pukekohe earlier month, amid protests and parc ferme mind games, serves as proof that he's up to dealing with the pressure of a title fight.

"Look at Sunday in New Zealand," he said. "All the stuff went on the night before, and we just came back and had a crack.

"From 12 months ago [in Newcastle], that was probably the lowest point of my career, and I feel like we've come back in the same position. So I can't be too bad in the head." 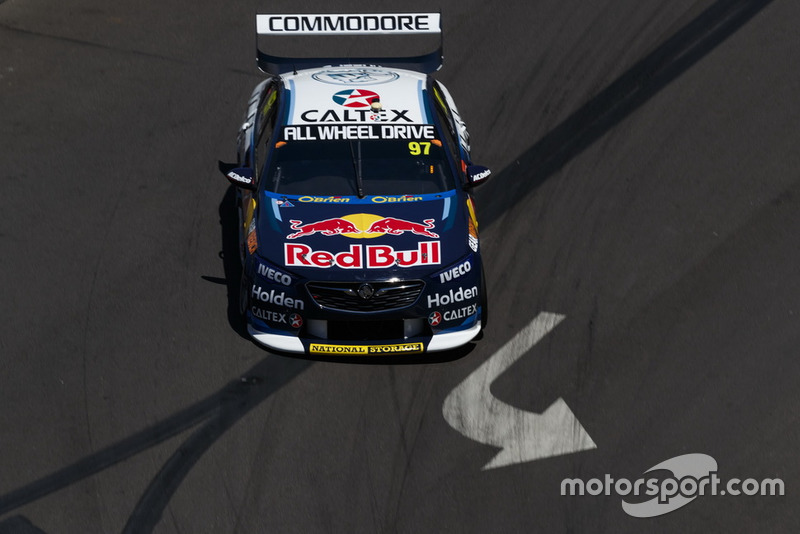 McLaughlin doing a “great job” as a rookie, says Mears