McLaughlin: Whincup move “not on” 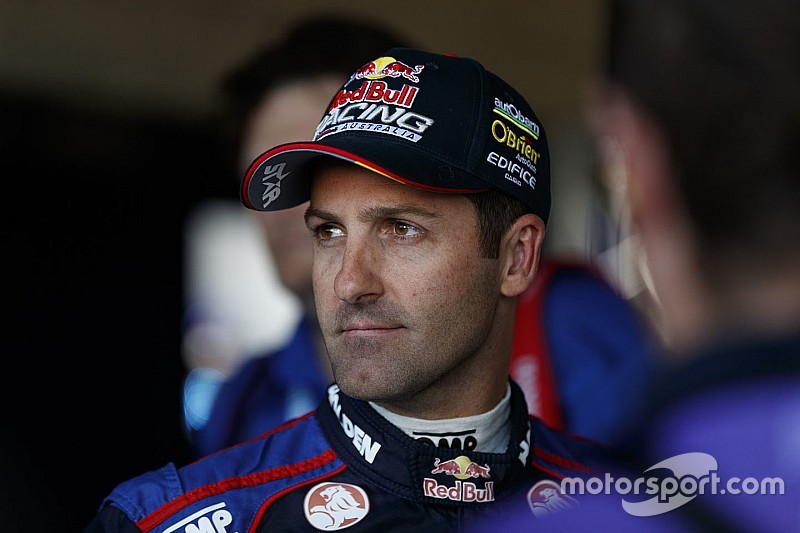 Scott McLaughlin says he is gutted for the Garry Rogers Motorsport crew that he couldn’t grab a Bathurst 1000 win before departing the team, and says Jamie Whincup’s controversial pass attempt “wasn’t on”.

McLaughlin’s chances of winning a Bathurst 1000 for GRM before heading to DJR Team Penske next season were left in tatters midway through the final stint when he was run wide at the exit of The Chase by Jamie Whincup, and then taken out by Garth Tander trying to rejoin the track.

Whincup went on to be hit by a 15-second penalty, handing victory to Will Davison and Jono Webb.

McLaughlin says he was left gutted by the crash, and that Whincup’s passing attempt wasn’t on despite the Triple Eight driver’s claims to the contrary.

“Look, I’m not saying we would have won it. There was a long way to go. But I was hitting my fuel number, there was no problem there. And then to have it taken away like that…

“[Jamie] made a move. He says the move was on, but he didn’t stop the car, so the move wasn’t on.

“I went off, and then I saw a gap for when I came through [back on to the track]. Jamie has tried to redress, and Tander has gone hard right and hit me. Then it turned into a cluster. I’m just… pissed.

“There was 10 laps to go or whatever. I wouldn’t have cared if I’d finish sixth or whatever, I just wanted a shot at it.”

Whincup told TV crews straight after the incident that he would apologise to GRM and the Holden Racing Team crews, with McLaughlin confirming that he had spoken to the six-time series champ.

“Yeah, he tried to say sorry in parc ferme. But I wasn’t really in a place to talk,” the Kiwi added.

“That’s when he said the move was on…. but the move wasn’t on. I’ve raced with Jamie so many times cleanly. We’ve had some awesome battles and I respect him highly as a driver. But it’s annoying when he says the move is on. It’s not on when you’re out of control.”

McLaughlin himself ended up on the receiving end of a penalty, as he was assessed a drop of 25 points for the way he had rejoined the track after the Whincup contact.

Tander, meanwhile, told Motorsport.com that he hadn’t been approached by Whincup. The HRT driver didn’t wish to comment further.

“It’s a shame we got caught in other people’s dramas and you would expect more from a six-time champion and a four-time winner of this race. To drive the way he did was disappointing,” was his only post-race comment.

Motorsport.com asked Triple Eight team manager Mark Dutton if he expected Whincup to speak to Tander, to which he replied: “I’m not too sure, I haven’t had a good chance to speak to Jamie. He’s the fairest sportsperson I’ve ever met. Those incidents happen. Jamie was playing a straight bat, he wasn’t swerving, he was trying to redress.”

Van Gisbergen: I'd be “killing myself” if I settled for second at Bathurst