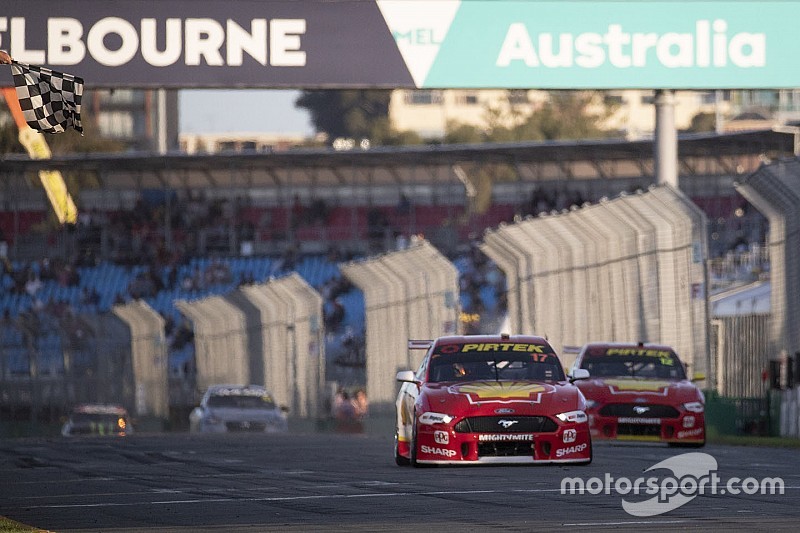 Scott McLaughlin says he had goosebumps on the podium after winning today's Supercars race, due to the tragic terrorist attack in his home town of Christchurch.

Multiple mosques very violently attacked in the New Zealand city today, with the death toll currently confirmed at 49 while 20 others are reported as being seriously injured.

Having grown up in Christchurch, reigning Supercars champion McLaughlin admitted news of the tragedy hit him hard ahead of today's Albert Park race.

Winning, however, gave him a unique opportunity to pay tribute to his hometown, with the New Zealand national anthem played during the podium presentation – something that doesn't happen at the rest of the Supercars rounds.

Adding to the special moment was having teammate and fellow Kiwi Fabian Coulthard alongside him, thanks to their Penske one-two.

"Me and Fabs are Kiwis, I'm from Christchurch originally," McLaughlin said.

"I found out about the whole thing after quali – it was a bit of a shock to the system.

"Even hearing the New Zealand anthem tonight was pretty special and gave me goosebumps.

"I send big love to them over there. It's a small town, it's hard to believe something so bad could happen there.

"But they'll work through it."

Shane van Gisbergen also paid his respects to his homeland, labelling his costly engine failure 'insignificant' in the wake of the shootings.

"It's pretty insignificant, it's a sad day and compared to what happened in New Zealand," said the Red Bull Holden driver.

"I've been thinking about that all day. I've got a lot of friends down there and thoughts go out to all the families. It's pretty average."