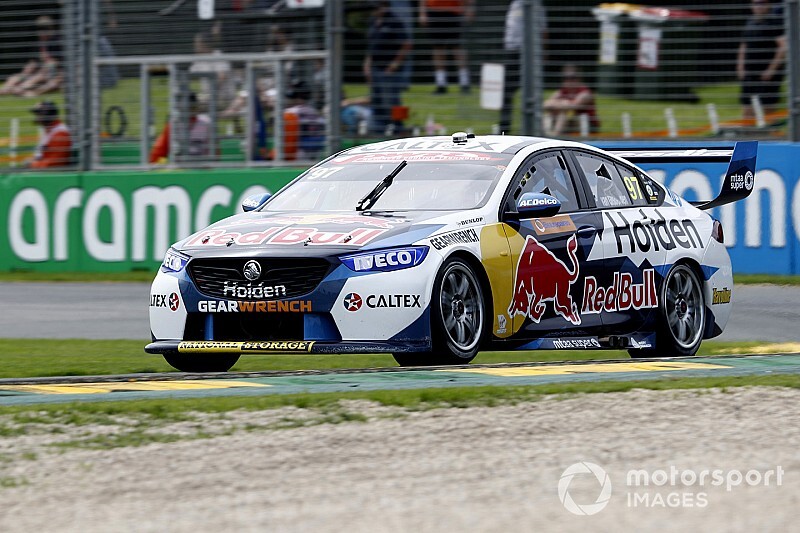 Shane van Gisbergen and Jamie Whincup have taken a pole position each for the first two Supercars races at the Australian Grand Prix.

The seven-time champion was lucky to get that far, a brush with the wall on the exit of Turn 10 leaving his Commodore with a bent rim.

It did nothing to dent Whincup's confidence, though, a 1m55.280s in the second qualifying session handing him pole for the Saturday morning race.

Van Gisbergen slipped back to fourth in the second session, beaten by Tickford pair Cam Waters and Will Davison.

"Obviously both cars are really strong," said Whincup. "Full credit to the engineers, they brought us some rockets.

"I didn't quite have a good rhythm in the first one and belted the wall as a result. Once we changed the tyre set the car was back to brand new [for the second session], and really good through the middle sector."

Scott McLaughlin was consistent across the two sessions with a fourth and a fifth, while Andre Heimgartner banked a pair of Top 10s with a fifth for Race 1 and ninth for Race 2.

Chaz Mostert did likewise, qualifying 10th for the first race before staging his own shootout-style lap, after everyone had set a time, to take seventh in the second.

David Reynolds was the least consistent of the front-runners, the Erebus driver losing his crucial lap in the first session with a track limits infringement.

His second lap on the tyre set was only good enough for 17th, before he grabbed sixth on the grid for the second race.