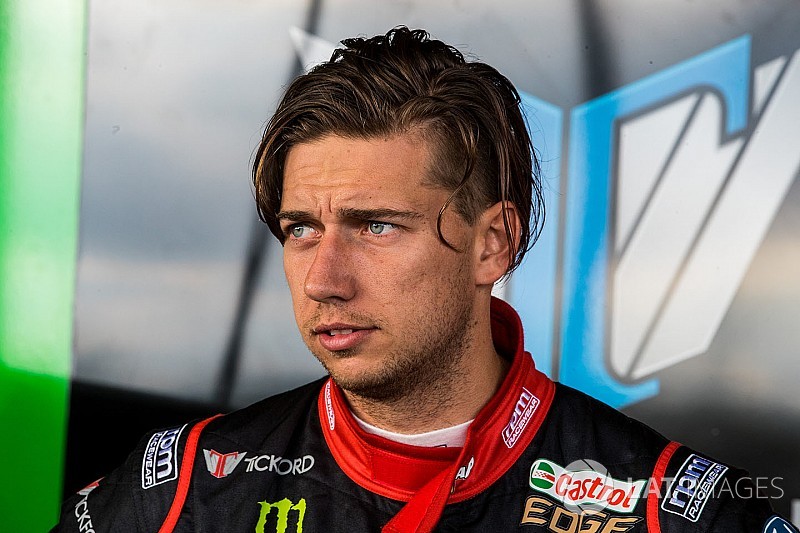 Chaz Mostert has been penalised three grid spots for this afternoon's Supercars race in Queensland, thanks to his qualifying run-in with Shane van Gisbergen.

Mostert and van Gisbergen ended up on the same bit of tarmac at the last corner during the first runs in qualifying, Mostert on a cool-down lap on van Gisbergen on a timed lap.

The run-in forced van Gisbergen to take a tight line into the corner, compromising his lap.

On the final runs van Gisbergen was only able to go eighth fastest, while Mostert was second quickest. However the Tickford driver has since been stripped of that front-row spot, slapped with a three-place penalty for impeding van Gisbergen.

That means he'll start from fifth, with Fabian Coulthard moving to the front row, David Reynolds to the inside of the second row, and Rick Kelly to the outside alongside the Erebus driver.

Mostert will start on the inside of the third row, next to van Gisbergen's teammate Jamie Whincup.

Jamie Whincup was also hit with a $1000 fine, $500 of which is suspended, for not exiting pitlane wholly in the fast lane during Practice 3.