Mostert snatches Bathurst 1000 victory from Whincup on the final lap 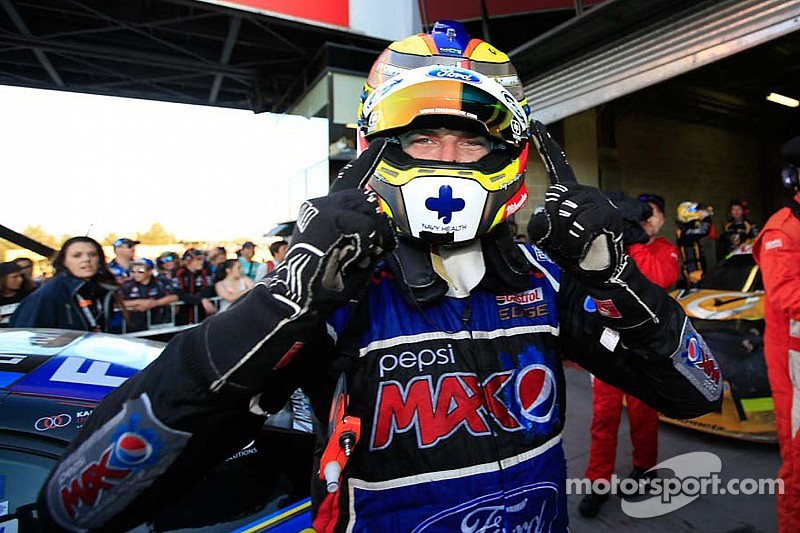 The Bathurst 1000 ended the only way it knows how to end ... Spectacularly.

The 2014 edition of the Bathurst 1000 will go down in history as one of the wildest yet. Chaz Mostert and Paul Morris shocked everyone by stealing the win in another epic duel between Holden and Ford.

Mostert/Morris led just one lap the entire race and started dead last. It was a result you couldn't script, an upset no one foresaw. With ten laps to go, it seemed to be Shane Van Gisbergen's day before stalling in the pit lane.

On the restart, it was a fight between old foes at the front. Mark Winterbottom tried to hold off Jamie Whincup, who would eventually muscle his way by with a handful of laps remaining. Before he could respond, Winterbottom found himself in a 360 spin, courtesy of Craig Lowndes. Lowndes faced a pass-through penalty for the contact.

FPR's only hope of victory rested with the young gun, Chaz Mostert. Who couldn't keep pace with the legend though. However, the Red Bull team was trying to communicate with Whincup and tell him to save fuel, but all they got was radio silence. Their calls on the radio grew louder as they became very concerned. They almost started begging in the way they asked. When he finally responded, it was too late.

His three second lead evaporated and found himself playing defense on the final lap. He blocked every which way, holding his ground. With just a couple corners remaining though, his Holden coughed and Mostert blew by. Whincup would drop to fifth.