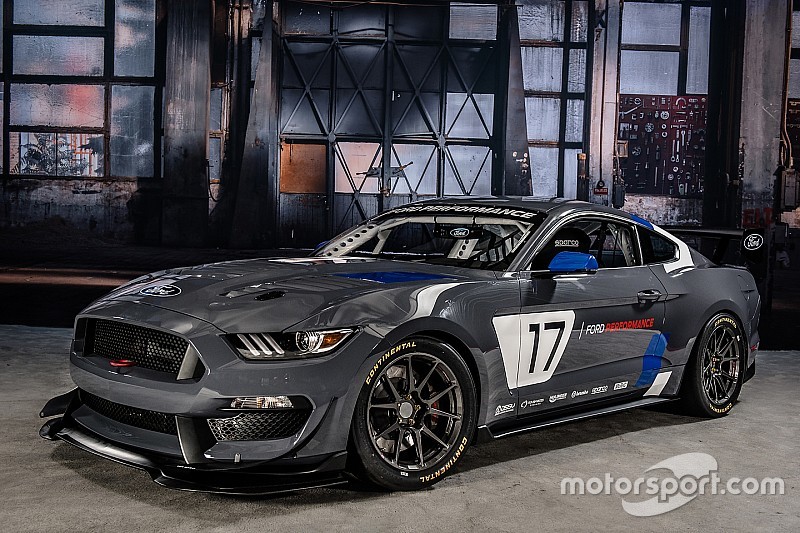 Prodrive Racing Australia will assess the Mustang’s suitability as a Supercars body shape early in the new year, with 2017 likely to be the final year of the Falcon.

PRA, one of just two Ford teams left on the Supercars grid, has reason to continue to push the brand’s products, despite a lack of factory support, thanks to the Tickford customisation company, which is owned and run by PRA team boss Tim Edwards and part-owner Rod Nash.

Part of that aim includes thinking beyond the end of the 2017 season, and into an era where the Ford Falcon FG X won’t be a current, on-sale product in the Ford range.

As a direct result, PRA is already working towards a replacement bodyshape for the 2018 Supercars season. And while there is no set decision yet, the future of a Ford model in Supercars should be become clear – internally at least – reasonably early in the year, to allow enough lead time to develop a new aero package.

“There are so many factors that have to be taken into consideration, it’s not as easy as saying ‘we want to race Mustangs next season’, click our fingers, and it happens.

“It’s a conversation we need to be having with Ford, and we need to work through it with the category because there is the homologation of a two-door car, which has not been done yet.

“There are 100 hoops that need to be jumped through before we can do that.

“Yes, we’re racing Falcons next year. Yes, we have to consider what we will race in 2018. But there are a lot of things to happen before we can confirm what we are doing.”

While a switch to a new bodyshape is highly likely for the 2018 season, it is not yet set in stone. Edwards says that the option of sending the FG Xs around again in 2018 does exist, although it would be unprecedented to be racing a Falcon not available for purchase.

“Remember that we raced the FG for five or so years, and this is only the second year for the FG X,” he said. “It’s not like we’re racing some dated car.

“It’s a little interesting that the car is no longer manufactured, because the sport has never had to deal with that before. And obviously you face the issue of relevance at some point in time. But we’re working through all those things now.”

The Mustang isn’t the only bodyshape that will be assessed by PRA, with Mondeo and Focus also under consideration. But the Mustang would make the most sense, from both a crowd-pleasing perspective, and as a marketing tool for the Tickford business, which currently sells customised Ford Rangers, but is set to also sell customised Mustangs in the future.

“There are other options. But Mustang is the one people are more emotional about, that’s the one that the fans always ask about,” said Edwards.

“The sport only exists because of the fans, and if you went and did a straw poll with all of the fans out there about what Ford product do you think Prodrive and DJR should be racing, I think we know what the answer would be.

“I think we need to listen to them. But, as I said, it’s not as simple as deciding that’s what we want to do. There are a lot of stakeholders who have an opinion.”

Bright/Prodrive arrangement “not a customer deal”

Words with Cam Waters: Ending the season with a bang