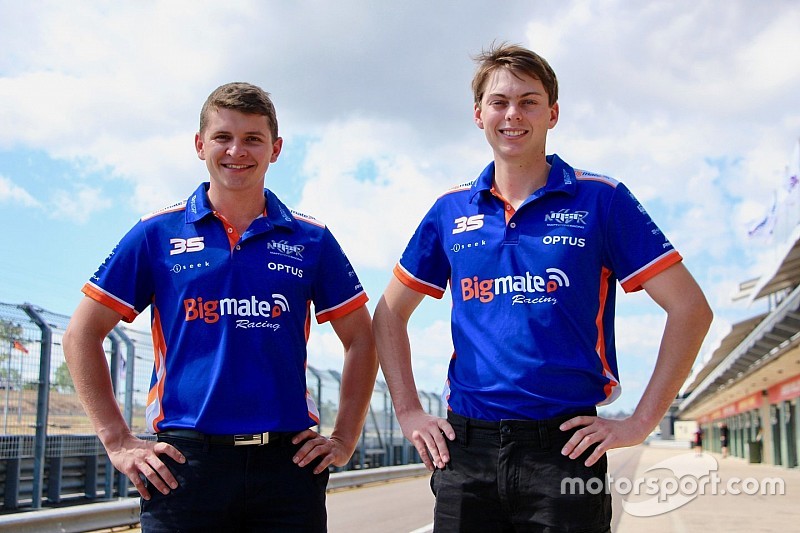 Fullwood, who drives for MSR in the second-tier Super2 series, will make the step up to the main series to race alongside Hazelwood – a full-time rookie himself – at Sandown, Bathurst, and on the Gold Coast this year.

The deal will make Fullwood the first driver from the Northern Territory to race in Supercars in almost 20 years, and comes after the 20-year-old drove Hazelwood's MSR Falcon during the additional driver session at Winton last month.

"I am extremely excited to make my debut along side Todd with Bigmate Racing, it will be a big step for me but I'm eager to see how I fair against the competition in Supercars," Fullwood said.

"I have grown up watching Bathurst and it has been my dream to racing in the event — so to know I'll be starting in the big race this year is huge for me.

"My goal for the three races is to keep the car straight and put in a good performance for Todd and team. If I ensure I hit my marks, dot my I's and cross my T's, I don't see why I can't put in a performance that I'll be pleased with.

"It'll be huge for me and all of my family that has worked so hard to get me this far. This step is one closer to my dream of becoming a full-time Supercars driver and i'm going to take it with both hands and give it my all.

"No one from Darwin has gotten this far and I want to make sure I do everyone proud and hopefully it doesn't stop here."

Despite his lack of main game experience, Hazelwood is confident that Fullwood will get up to speed.

“It’s great to have Bryce in the car for this year’s enduro season, I am very confident he will be able to do a great job behind the wheel, as his speed and ability to adapt was shown at Winton recently," said the reigning Super2 champion.

“With Bryce competing in the Super2 Series in a chassis almost identical to mine, I know from my own experience how much this will help his transition and initial performance that will give us every chance of being successful at some of the biggest events of the year.

“With 900 points up for grabs at three events, Bryce will play a super crucial role to my championship campaign and I cannot wait to see what we will achieve together.

“One of the best aspects of this partnership is that we work together, live in the same house and race under the same team… it’s very rare to have a combination like that, and hopefully the two young rookies will be able to create an upset when the enduros start.”

Fullwood's appointment means the enduro field is now set, the MSR seat having been the last one on the market.