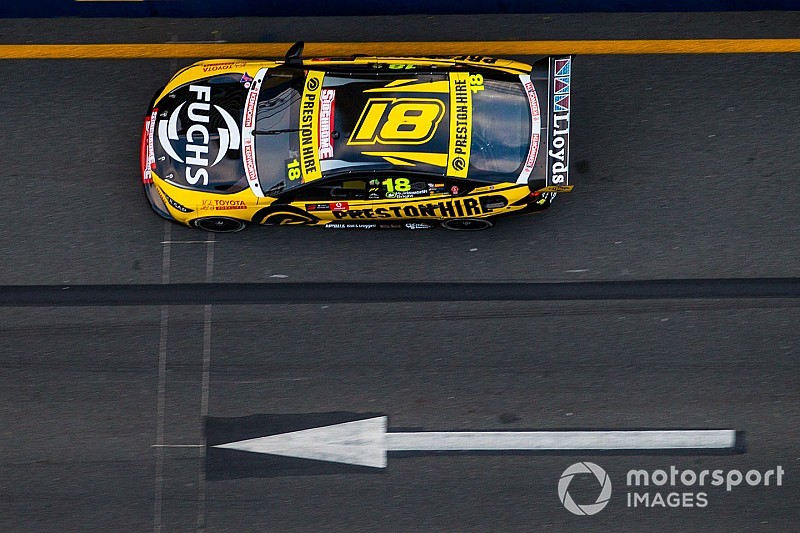 It was David Reynolds that set the early pace, leading the way at the 10-minute mark thanks to his 1m11.739s.

It took another 10 minutes for the next change, McLaughlin going quickest with a 1m11.622s, as Jamie Whincup slotted into second with a 1m11.729s.

Holdsworth, who had sat second behind Reynolds earlier in the session, then jumped to the top right at the half-way point with a 1m11.600s.

Reynolds returned to the top eight minutes later with a 1m11.526s, only for Holdsworth to hit back immediately with a 1m11.423s.

But that time didn't last long either, Shane van Gisbergen, who had moved into the top three, going quickest with a 1m11.313s.

The finally flurry of activity at the top of the times came inside the final two minutes, sparked by Reynolds making his third appearance in top spot with a 1m11.143s. He was quickly replaced by van Gisbergen's 1m10.883s, before Holdsworth – currently on the market for 2019 – landed the knock-out blow with a 1m10.820s.

“With where everything is at the moment, I need to show what I can do,” said Holdsworth

"I haven’t had the opportunity all year, but finally we’ve rolled out something that’s quite a decent car.

"I’ve got confidence to push this thing, run right up to the walls and things like that. I just love these street circuits and this track, it’s awesome.

As for the title battle, van Gisbergen's second spot left him well clear of rival McLaughlin. The DJR Team Penske driver ended up way down in 15th, one spot behind teammate Fabian Coulthard.