Supercars champion Scott McLaughlin kicked off the final round of the 2019 season by edging bitter rival David Reynolds in opening practice in Newcastle. 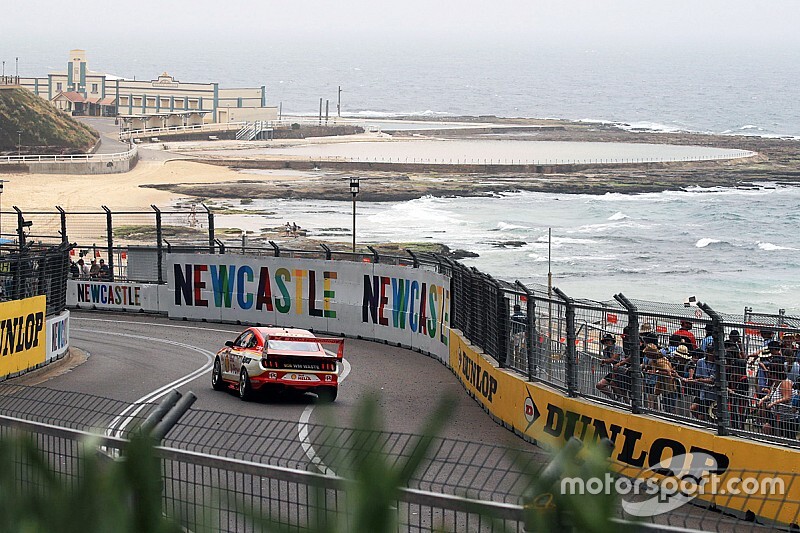 The Penske Ford driver spent much of the 30-minute session floating around the Top 10, one of his runs interrupted by a wild moment coming into Turn 11.

Then, just inside the final minute, he soared to the top of the times, a 1m10.609s on his last lap leaving him 0.01s clear of outspoken rival Reynolds.

The Erebus driver had gone fastest just seconds earlier, pulling more than four-tenths clear of the field ahead of a final flurry of quick times.

Jamie Whincup was among those late improvers, the Triple Eight driver slotting into third with a 1m10.711s.

He was followed by the T8 customer Holdens of Todd Hazelwood and Mark Winterbottom, Shane van Gisbergen making it a four Banyo Commodores in a row with the sixth quickest time.

The Kiwi slipped down the order in the closing minutes, having sat top for much of the session. Moments before the final runs he and Chaz Mostert had been separated by just 0.0008s, van Gisbergen able to improve eek that gap out with a late lap, but not trouble the front-runners.

Nick Percat, meanwhile, gave his Brad Jones Racing squad plenty of work before this afternoon's second session thanks to a trip into the Turn 7 wall.

It could have been even worse for BJR, Percat's teammate Macauley Jones and Kelly Racing's Andre Heimgartner lucky to avoid the stricken Holden.

"I think it would've damaged the front-rail extension. Suspension-wise it's tracking straight and all that, but all the front rail and everything that holds the front bar is obviously crushed," explained Percat.

"I came off that right-hander and just grabbed the inside-front and it locked, and I couldn't get it unlocked. Obviously with the crowning in the road it was just red [lock-up] light.

"It was one of those things, you've kind of got a split-second decision and I'm like 'I've already come too far to try and get down the escape road'.

"Credit to Andre and Macca to not drill me when I was in the tyres."

For Scott Pye the session was more of a fitness test, a night battling gastro leaving him in doubt for today's running.

His enduro co-driver Warren Luff was cross-entered into the car and put on stand-by, however Pye was able to get through the session, setting the 13th best time.

He confirmed afterwards that he should be okay to continue for the remainder of the weekend.