Scott McLaughlin will run last in today's Top 10 Shootout in Newcastle after coming out on a tense battle of the title contenders in regular qualifying. 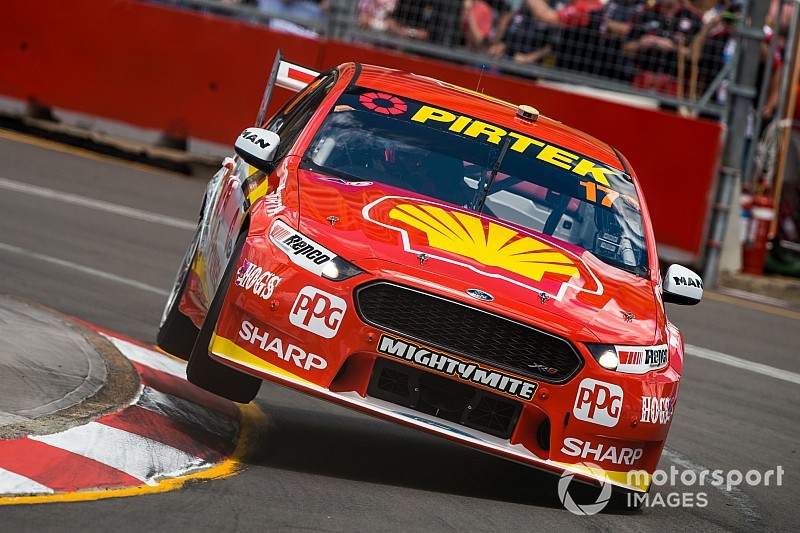 McLaughlin and title rival Shane van Gisbergen set the pace in the final regular qualifying session of the season, the Penske driver coming out on top ahead of the single-lap dash that will determine the top 10 spots on the grid this afternoon.

David Reynolds led the way on the first runs, a 1m10.644s the benchmark until the mid-way point of the 20-minute session.

He was then demoted by the two Penske Fords, Fabian Coulthard going quickest with a 1m10.486s only to be immediately pipped by McLaughlin's 1m10.441s.

With seven minutes to go Richie Stanaway crashed heavily at Turn 6, his Tickford Ford left buried in the tyre wall which sparked a red flag.

At that point neither of the Red Bull Holdens were in the crucial Top 10 either, Jamie Whincup having spun on an earlier lap while purple in Sectors 1 and 2, while van Gisbergen had on his best lap of the session right as Stanaway crashed.

That changed very quickly when the session resumed, however, Whincup going third quickest with a 1m10.555s before van Gisbergen charged to the top with a 1m10.427s.

That inspired McLaughlin to head back out for a final run with two minutes to go, the championship favourite taking bragging rights with a 1m10.305s.

“We’ve got a Shootout to go yet, but it was a nice little practice before that. It was a bit of a simulation and to do the time there was good,” said McLaughlin.

“I’ve learnt a few things across the night with lines and stuff, I’ve picked up a few things, but let’s hope we can do it in the Shootout.

“At the end of the day it’s just best execution, I need to just do my role, my best job for the team and if that’s winning this thing, it’s going to be that.

David Reynolds found time after the stoppage, moving into third on his final run with a 1m10.432s.

Coulthard didn't return to the session after the red flag, concerns over the steering rack in his Falcon, repaired overnight after his nasty crash yesterday, ruling him out of the final seven minutes.

Still, that earlier time was good enough for fourth.

James Courtney ended up fifth quickest, while Whincup was shuffled back to sixth in the closing minutes.

Tim Slade was eighth, Andre Heimgartner ninth, and Garth Tander taking the final spot in the Shootout with 10th.

The unlucky driver on the bubble was Cam Waters, who will start 11th after being dumped from the Top 10 by Heimgartner's lap right at the death.

Just seconds before Waters had looked to have done the same thing to Craig Lowndes, the retiring legend set to start his final race as a Supercars full-timer from 12th.

Van Gisbergen stripped of win, penalty dumps him to fifth