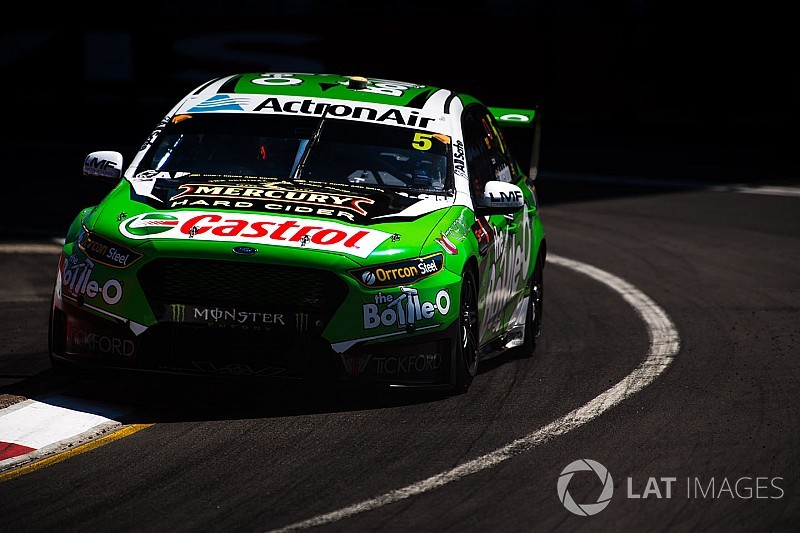 Winterbottom topped the charts with a 1:10.2010 and will be one of ten drivers able to make a run at pole position in the Shootout.

The 20-minute session began with James Courtney at the top of the charts, but he lost his fast time after burying his Holden in the tire barrier. The incident caused a red flag, freezing the clock at 14:57 remaining.

The stoppage lasted for nine minutes. When things got back underway, the title contenders Scott McLaughlin and Jamie Whincup quickly shot up near the top of the board. Shane van Gisbergen went off as he pushed his car to the absolute edge, but it would pay off as he soon captured the fastest lap at a 1:10.2046.

It wasn't until the closing moments of the session that Winterbottom was able to one-up him by just  0.0036.

Over at the backend of the top ten, Will Davison held on to the final spot for the Shootout, but Todd Kelly had something to say about it before the checkered flag flew. In the veteran's final start, he surged up into the eighth position and locked himself into the ten-driver fight for pole position.

"I gave it everything I had. Just glad I got it in there. Just thank the guys for all the effort they've given me," he said afterwards.

Davison ended up being the first driver on the outside, just a few hundredths shy of Coulthard's time.