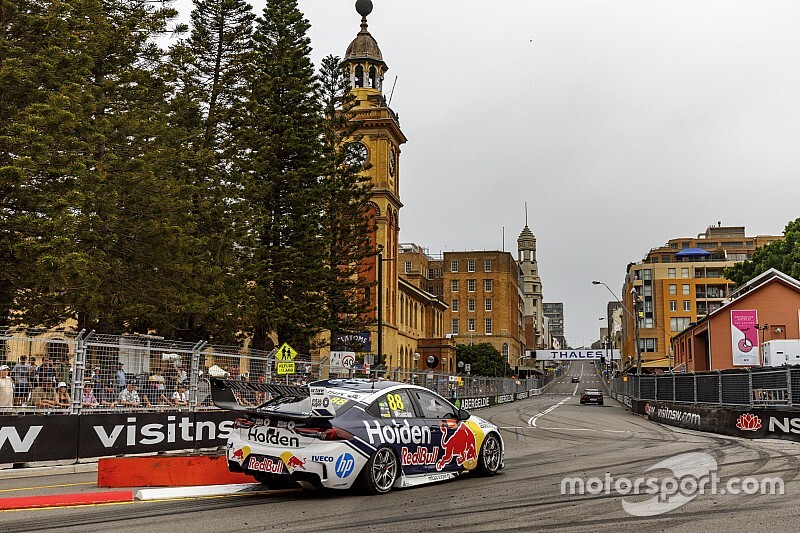 The final quarter of the session played out very differently on each side of the Red Bull Holden garage, Whincup charging to the top of the times with a 1m10.182s four minutes from the end.

Confident that the time would be good enough for a Top 10 Shootout berth, Whincup elected to not bother with a final run.

While there was a wave of late improvements, nothing was good enough to run down Whincup's earliest time, Anton De Pasquale getting closest with a 1m10.309s.

"We've got plenty of tyres, which is good," said Whincup. "The more you can save in quali, the better tyres you've got for the race.

"We were confident, we went in early, did the best lap time we could and wasn't sure halfway through the session if it was going to be good enough – but at the end of it, it was."

In contrast, van Gisbergen couldn't have left his run for the Shootout any later. The Kiwi was sitting 12th as the chequered flag flew, a frantic 1m10.579s on his very last lap enough for van Gisbergen to sneak into 10th place.

"My car is awesome on the old tyres, [but] put a new tyre on and we go slower," he said.

"Lacking something, which means it's a good race car, but you can't pass around here so we need to get the qualifying better and then keep our race pace.

Cam Waters put in a late lap to slot into third behind Whincup and De Pasquale, followed by the Mustangs of Fabian Coulthard and Lee Holdsworth.

Tim Slade was the surprise of the session in sixth ahead of James Courtney, Scott McLaughlin and David Reynolds.

Scott Pye returned to the seat of the #2 Walkinshaw Holden for qualifying, after missing yesterday's second practice through illness.

However it wasn't the comeback he was hoping for, Pye causing the session's sole red flag by hitting the wall at Turn 7 at the midway point.

“I got wide on the exit of the fast right-hander and then I was offline and just couldn’t slow it down.

“I locked up and didn’t even get it back down to second [gear] before I hit the wall. A massive screw-up on my part. I just made a mistake.”

“Unrelated [to the illness]. I just screwed up, simple. I’m just [devastated] for the boys, I’ve given them a fair bit of work before the race. Devastated.”