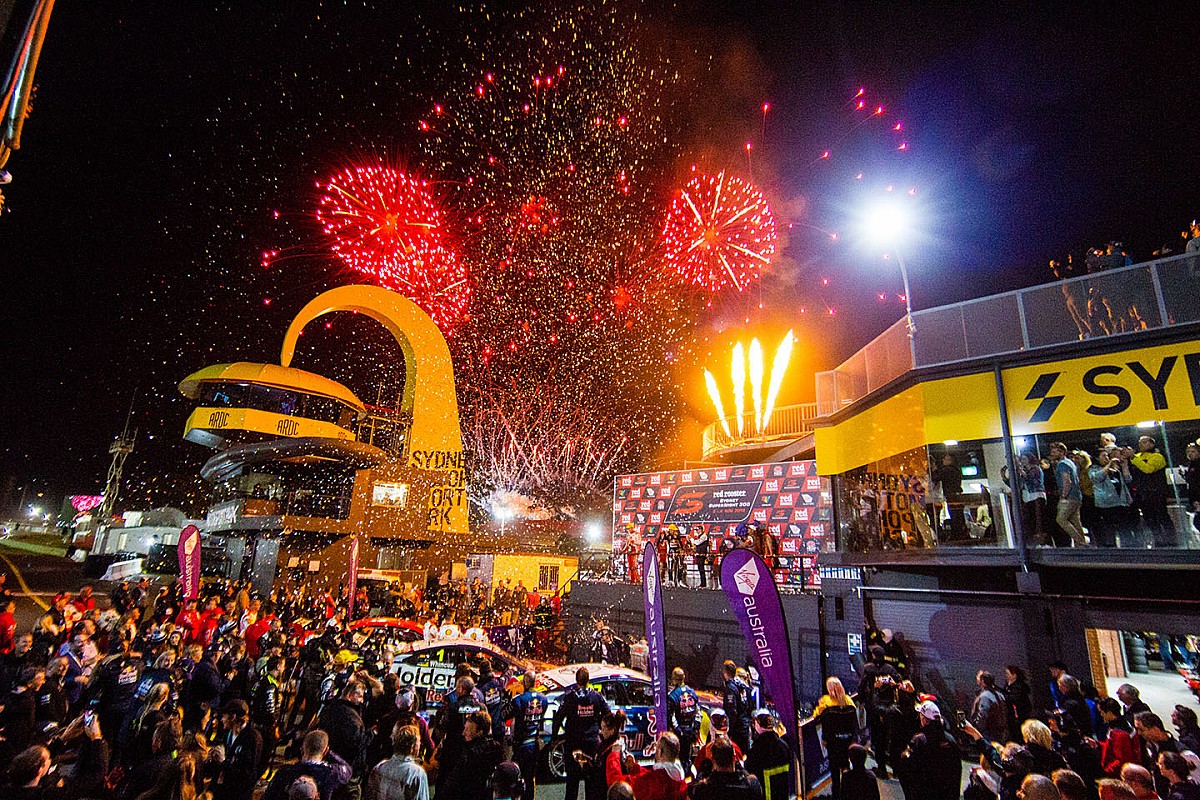 An unscheduled return to Sydney Motorsport Park for the third Supercars rounds of the season will include night racing and crowds.

Supercars has been forced into an unexpected calendar shuffle thanks to a Queensland border ban on travelling to Victoria amid an ongoing outbreak of COVID-19 cases in Melbourne.

That left Queensland-based teams and drivers facing a 14-day quarantine period had this month's Winton SuperSprint gone ahead.

As expected a second consecutive Sydney Motorsport Park round will fill the Winton void on the July 18-19 weekend.

However, as first reported by Motorsport.com, it won't be a carbon copy of last weekend's resumption of the season. There will be a night racing component to the second leg of the double-header, with the Saturday race to see the debut of SMP's new $16 million lighting system.

That will be followed by a pair of day time races on the Sunday.

The action will take place in front of crowds, too, with Supercars set to release ticketing information, including daily limits, in the coming days.

Darwin was originally meant to be the first event on the schedule to allow fans.

“Following discussions with all government health authorities on the new interstate restrictions, the practicable solution is to go back to Sydney Motorsport Park later this month,” said Supercars CEO Sean Seamer.

“Sydney Motorsport Park was a logical choice as we have a proven track record of completing a safe event there based on what we achieved last week.

“Following NSW state government guidance, we are thrilled that we will be able to accommodate fans each day of the July event.”

Minister for jobs, investment, tourism and Western Sydney Stuart Ayres added: “The fans have been waiting for the adrenaline rush that comes when rubber hits the track and cars fly off the start line of a Championship race.

“The NSW Government has invested in the redevelopment of Sydney Motorsport Park to ensure it remains a favourite among drivers, teams and spectators and we can’t wait to host Supercars in July.

“The NSW Government is a proud supporter of motorsport and Supercars Australia, and it’s fitting that this milestone event will take place at Sydney Motorsport Park.”

There are still a number of details to be confirmed, including whether the races will be held on the short Druitt layout or the same Gardner GP layout that was used last weekend.

Tyres rules, including the potential debut of the mixed compound concept, and support categories are also yet to be confirmed.

A full SMP night event is already locked in as the season finale in mid-December, which means the circuit will host three rounds in one season.