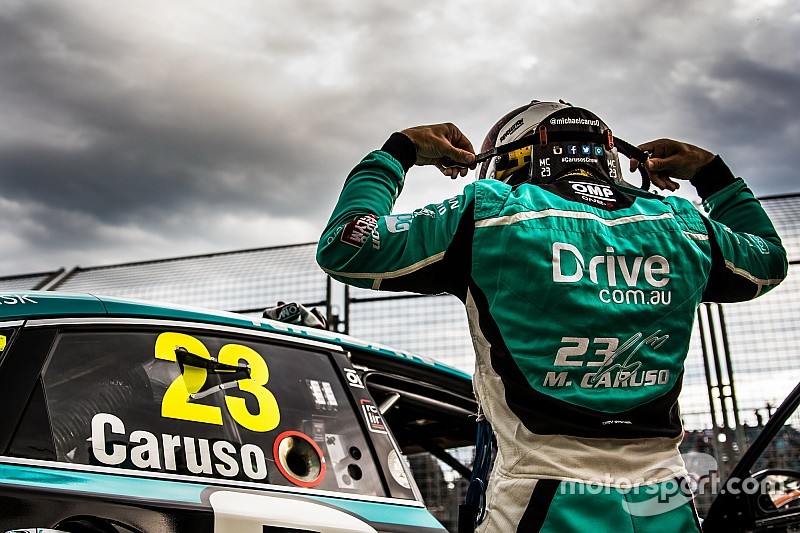 Caruso was the primary casualty of Nissan pulling its factory Supercars funding at the end of last year, the resulting shortfall in sponsorship leaving him out of a drive after six years with the Kelly Racing squad.

He was effectively replaced in the four-car line-up by rookie Garry Jacobson, while Caruso inked an enduro deal with Tickford Racing.

It's been an inconsistent campaign for KR so far this year, the team about to move onto its second aero update of the season in a bid to improve the balance of the ageing Altima.

According to team owner and lead driver Rick Kelly, the gap in experience and feedback left by Caruso's exit has been felt throughout the development process.

"We wanted to keep him for this year, but we weren't able to do that from a commercial standpoint," Kelly told The Driver's Seat radio programme.

"We couldn't make anything stack up. We tried for six months to do it.

"From the outside, if you don't dig into it, you could look in and go 'you should have kept him'.

"I mean, absolutely we should have. But we just weren't able to do it and make our team viable.

"This year when the car's been a bit tougher we've definitely missed Michael's feedback, because his experience level and his feedback was something that we used to our advantage and to develop the car.

"As much as Andre [Heimgartner] is beating us all and doing a fantastic job, as of right now he's still a 'hop in and drive the car' sort of a bloke. He can [help develop the car] a little bit, but not to the Caruso level.

"That's something that we miss."

Expanding on Heimgartner's impressive team-leading 2019 form, Kelly admits the young Kiwi did a better job of adapting to a lack of rear stability created by the first aero tweak.

"Andre is definitely able to deal with that scenario and that type of car a lot better than I have," said Kelly.

"He's definitely come of age this year and can get the most out of it.

"To be honest last year, in my car, I think we had a string of 10 qualifying sessions where I wasn't outside the Top 10. And in each one of those sessions Andre was like 10th or 12th or 15th – which sounds bad, but when you looked at his data he'd been able to extract everything out of the car, but maybe just a slight hiccup on one corner would put him back there.

"So on paper it didn't look good, but we knew he had the potential last year to do that.

"When you look at the end of last year, when it came to Newcastle, I think he qualified fourth on the Sunday and beat us all.

"So that was coming. The snowball was rolling down the hill and this year he's been able to shine, which is fantastic for us."

Australian Mustang Supercar to demo at IMSA race at VIR