Penske not ruling out 2019 Super2 programme 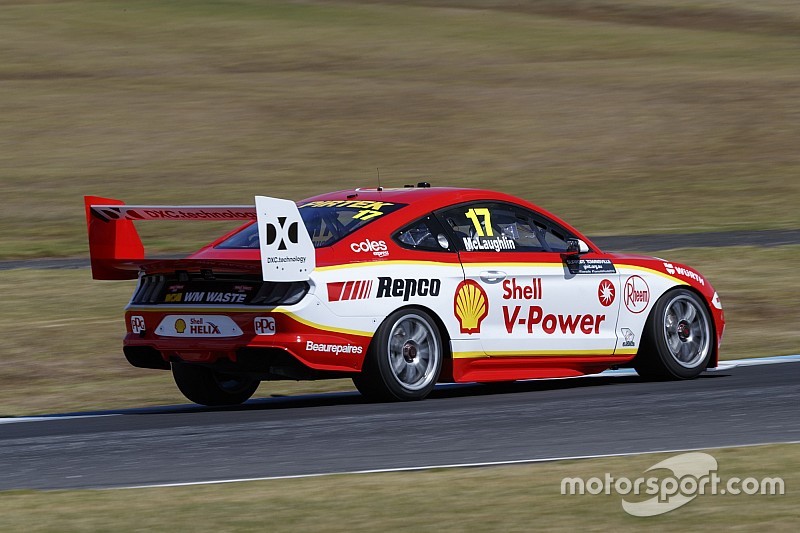 DJR Team Penske isn't ruling out running a Super2 programme this season to give its endurance co-driver pre-Bathurst miles.

The squad has already confirmed an unchanged enduro line-up for the third year running, with Alex Premat returning to partner Scott McLaughlin and Tony D'Alberto lining up with Fabian Coulthard.

Neither Premat nor D'Alberto are locked in to full-time programmes for 2019, while Premat is rarely available for testing or ride days due to his Las Vegas base.

That means both could potentially benefit from additional miles in the second-tier series.

There would also be the added perk of additional data, something chief rivals Triple Eight have in spades thanks to its own two-car Super2 programme and technical tie-ups with Team 18, Matt Stone Racing and Tekno Autosports.

However according to team boss Ryan Story, the biggest motivating factor for getting Premat and D'Alberto in a car is the fact that the enduro season now starts at Mount Panorama, without the traditional Sandown warm-up.

"It certainly does make it more challenging, but again we’ve got the experience on our side with these guys," said Story. "They know the team, they know the cars, that holds us in good stead.

"We’ll give them [every] opportunity we can to give them track mileage and get them in the car before we head to The Mountain."

When asked if that could genuinely mean running cars in Super2, Story added: "I’m not ruling anything out. It’s not something that’s been a primary focus for us the last couple of months, let’s put it that way."

The team would have to field Falcon FG-Xs in Super2, as the Mustang is not yet eligible for the series. That's the same on the Holden side of the fence, Triple Eight running VF Commodores for Brenton Grove and Kurt Kostecki in Super2 and ZBs in the main game.

Story also says he wasn't tempted to pounce on any of the top-level talent left without a full-time ride this season, like Triple Eight did with Garth Tander and Tickford with Michael Caruso.

"You always have to have an eye on the ball and be conscious of what’s happening in the driver market in that respect," he said.

"But in the two drivers that we have, not only do they know our team and know our cars well, they do an extraordinary job for us, so we’re really happy to have continuity there.

"It’s the third season in a row [with Premat and D'Alberto], which is pretty extraordinary. I think it’s the first time we’ve have continuity in our driver line-up since Dick [Johnson] and John French went together in ’81 and ’82."

McLaughlin added that he has no qualms about Premat going up against the likes of Tander, Caruso and Craig Lowndes, despite a vast difference in recent seat time.

"I think he's up to it, absolutely," said the reigning series champ.

"He's shown in the past he's at least top three, top two best co-drivers out there. He always comes out and, no matter how many laps he's done, he's fast.

"I think if we get the car right for him, and make sure it's fast before he gets here, it'll be no problem.

"He can definitely hold his own against those guys."