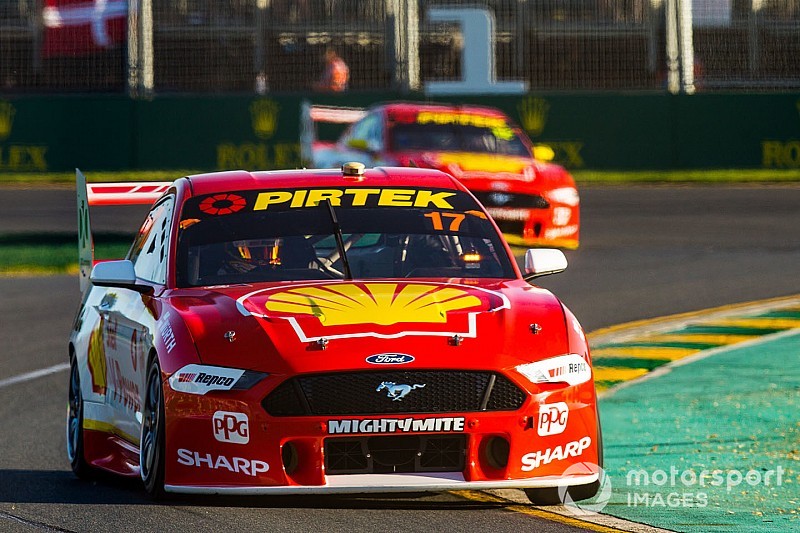 DJR Team Penske was asked to alter its exhaust system by Supercars heading into this weekend's Albert Park round, according to the team.

Amid fevered speculation regarding parity, further fuelled by five of the six Mustangs in the field locking out the top five in yesterday's race, the weight of the DJRTP exhaust system has come under intense scrutiny.

There have been claims that the system is purposely heavy to help lower the centre of gravity of the car, without having to rely entirely on the mandated, sealed ballast system to reach the 1395 kilogram minimum weight limit.

According to a team spokesperson, there had been a system fitted to the car that was heavier than required – however it was removed following the Adelaide 500 at the request of Supercars.

Motorsport.com has contacted Supercars for confirmation.

It's understood that the heavier system dates back to the early part of last season, when the team was still running the FG-X Falcon, introduced shortly after the use of composite panels was green lit for the Ford and Nissan teams.

The hasty re-homologation was thanks to the introduction of the ZB Commodore, which featured unprecedented use of composites for its bodywork.

There is currently no rule regarding centre of gravity in the category, which means even with the heavier exhaust, the Penske Mustangs technically aren't illegal.

However it's expected that a centre of gravity test between a cross-section of cars from all three manufacturers will take place as soon as Monday, something that's yet to be confirmed by Supercars.

Scott McLaughlin is currently unbeaten in the Penske Mustang, having won all four races of the 2019 season so far.