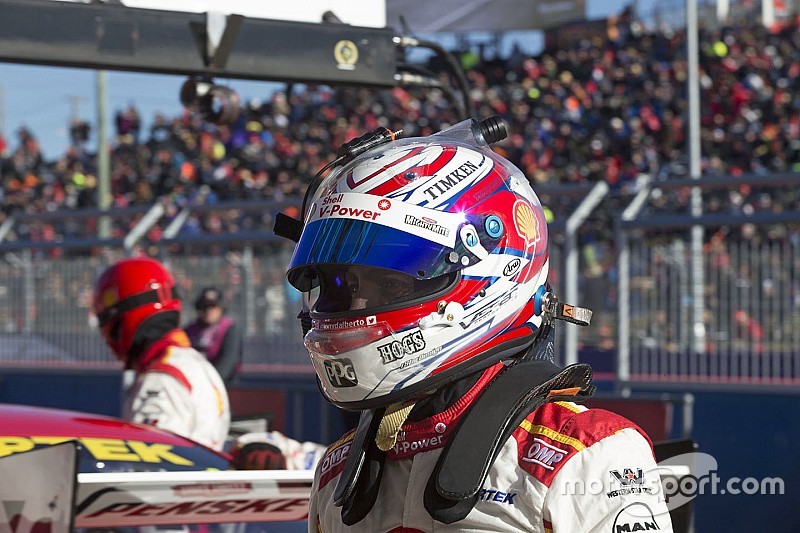 The helmet that Tony D'Alberto wore to third place at the 2017 Bathurst 1000 has been stolen, after the DJR Team Penske co-driver's passenger car was broken into recently in Melbourne.

The break-in occurred on the eve of this year's Sandown 500 in front of D'Alberto's home in Melbourne, robbing the 32-year-old of a precious memento of he and Fabian Coulthard's podium finish at last year's Great Race.

"I still use that helmet for GT and production car racing, because the radio is all set up on the other side. I had it in my car after my last race, in my race bag. I don't think someone came looking for my helmet, but they broke into my car and took the helmet and a couple of other things.'

D'Alberto added that he's waited a couple of weeks to go public with the news as police conducted initial investigations. However now he's hoping to use people power to bring the helmet home, starting with a post on social media.

"I've been pleasantly surprised by the amount of people that have shared it and are trying to get the message out there, it's actually really cool," he said.

"Some drivers sell of their helmets to make some cash, so I didn't want anyone out there to think this one is for sale."