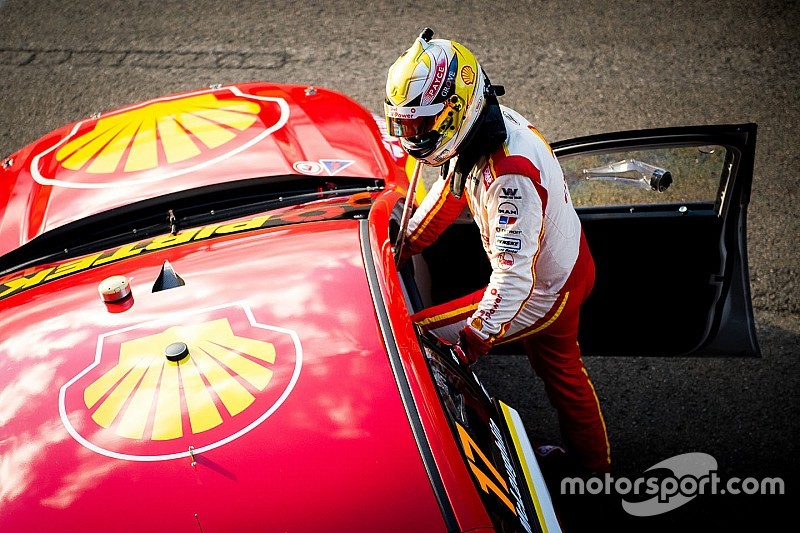 Upon joining the DJR Team Penske Supercars squad ahead of the 2017 season, McLaughlin admitted that NASCAR was on his mind, but a Supercars title and a Bathurst 1000 win were his priorities before looking outside of Australia.

He's now halved his local bucket list thanks to last year's spectacular maiden title win, which saw McLaughlin hold off fellow Kiwi Shane van Gisbergen in a thrilling battle that went down to the final race in Newcastle.

And that's moved him one step closer to his NASCAR dream, with Penske admitting that a sensational Stateside shift been "talked about" and that the title win "opens the door" for a move to the US.

"We’ve talked about it, because we’ve already been able to accomplish two things in Supercars – in 2017 we won the Teams’ championship and last year Scott won the Drivers’ championship," Penske told Motorsport.com.

"So I think that opens the door for him to take a look around.

"Tim [Cindric, president of Team Penske] and I will look at strategies and what our [NASCAR] driver line-up will be in the future.

"I know he wants to come over here, and certainly he deserves the chance to drive here over the next few years."

Penske added that a NASCAR debut is unlikely to come as soon as this year, and that a transition to stock car racing will probably start with a toe-in-the-water road course outing.

He also says McLaughlin would be subjected to a traditional stock car path, based on lessons learnt from rushing IndyCar champion Sam Hornish into NASCAR's top-tier back in the late 2000s.

"I don’t see it [happening] this year. Maybe in a road race in the next couple of years, just like when [Marcos] Ambrose came over," said Penske.

"I think if he comes here, he’s got to start lower down and work his way up, like through ARCA, Xfinity and like that. You don’t just put a guy in a Cup car.

"I think that’s probably the mistake we made with Sam Hornish when he switched over from IndyCar – we should have given him a chance to learn at a lower series because stock cars are so different from what he’d been used to. There’s a path to follow.

"But certainly Scott’s a great driver and a candidate to get a good opportunity here."

McLaughlin sampled a Penske NASCAR on the streets of the Gold Coast last October, in a special demo run that coincided with talks to bring the US series down under.