Coming in at number 18 on our Top Stories of 2018 countdown is the tale of a bitter year-long battle between Supercars' two pre-eminent teams: DJR Team Penske and Triple Eight.

Tension between the squads was evident from Day 1. No sooner had the factory Holden team rolled its new ZB Commodore out of the truck in Adelaide came questions about its legality. DJR Team Penske boss Ryan Story was on the front foot about panel weights, suggesting the extensive use of composite parts gave the hatchback unfair advantage.

There was no accusation that the car itself was running underweight, the issue instead focussed on the composite panels giving T8 and the Holden teams the freedom to use ballast while the Ford and Nissan teams were already on the weight limit with their steel panels.

A frank exchange of views through the media followed, and the Fords and Nissans were granted the use of composite roofs and bonnets by the time they got to Albert Park.

Controversy reared its head again midway through the season, this time thanks to Penske’s drop gear bungle at The Bend. The team mistakenly fitted a transaxle earmarked for Mustang development work into McLaughlin’s Falcon for Saturday’s qualifying session, which was fitted with an ineligible final drive.

Strangely, the issue was missed by Supercars during scrutineering, and it wasn’t until Sandown weeks later that a stewards hearing on the matter took place.

The team was fined $30,000, but others in pitlane felt that wasn’t good enough given more immediate action would have forced McLaughlin to start from the back of the grid rather than 10th in that first Tailem Bend race. 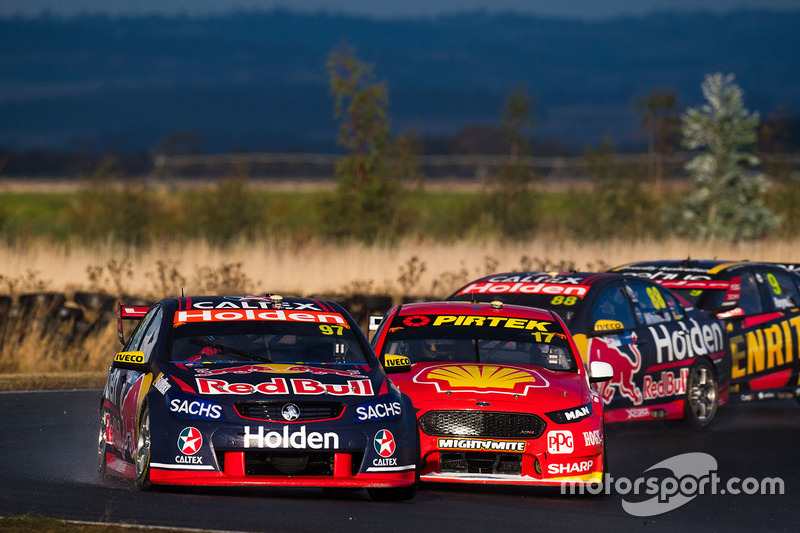 All of that, however, was just an entree to the main course that was waiting in New Zealand and Newcastle.

The Saturday at Pukekohe was the height of the tension. The race itself featured van Gisbergen barging his way past McLaughlin, being slapped with a 5s time penalty for contact while making the move, and then pulling 5.5s over the closing laps to seal victory anyway.

He then celebrated by parking McLaughlin into his car in parc ferme.

However, the results remained provisional well into the night, as stewards conducted a thorough post-race investigation into footage showing van Gisbergen’s rear wheels spinning while his car was on its air jacks during a stop – a no-no in Supercars.

What looked like a black-and-white penalty ended up being a massive let-off for Triple Eight, who successfully argued that there was less than a full rotation of the wheel – for which there was a precedent of tolerance – as well as no evidence that the turning was caused by clutch engagement.

Penske immediately protested the outcome, and, while unsuccessful, that too annoyed the garage next door. T8 team manager Mark Dutton went to liken the decision to protest a non-technical breach as playing “dirty pool”.

Having come away from New Zealand praising race control for its measured approach, T8 had a very different take on the decision-making processes by 10am on the Sunday morning in Newcastle.

A thrilling Saturday race, which saw van Gisbergen pass an out-of-fuel McLaughlin on the final lap, had set up a two-point ballgame for Sunday. Winner-takes-all.

That was until another post-race investigation into a van Gisbergen stop, this time the issue centred around the fuel hose being connected as the car was dropped from its jacks.

Crucially, T8 elected to not re-jack the car upon realising what had happened due to refuelling being complete – thus forgoing the get out jail free card that comes with the rule.

Unable to deny that the breach happened, T8 instead tried to argue that refuelling had actually been completed when the car dropped despite the hose still being connected. The same argument was used for why the car wasn’t jacked back up.

The stewards weren’t impressed with either explanation, hitting van Gisbergen with a 25s penalty, leaving McLaughlin only needing sixth or better to seal the title on the Sunday afternoon.

In the end, a second place to van Gisbergen’s fourth was more than enough for McLaughlin. 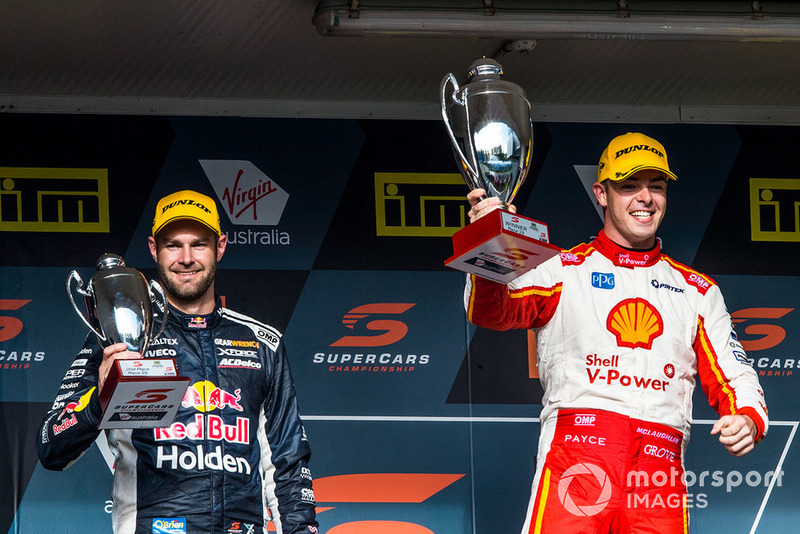 Why van Gisbergen wasn't kicked out of the Shootout