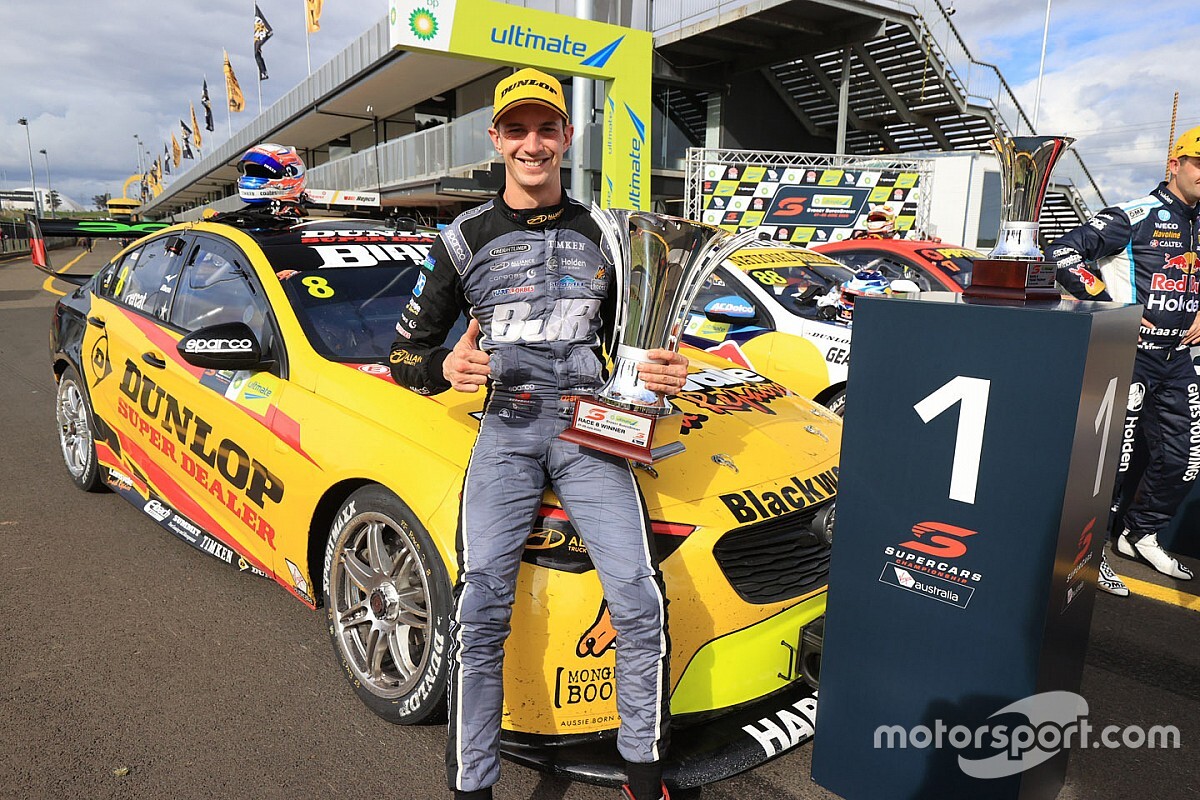 Nick Percat says his third Supercars race win felt different to the other two as there "wasn't a cloud over anything".

It was by far the least sensational of Percat's victories.

His first came at the 2011 Bathurst 1000, his first ever Great Race, alongside Garth Tander in a Holden Racing Team Commodore.

The second was a shock win for backmarker LD Motorsport in awkward weather conditions in Adelaide in 2016, Percat able to satisfy the fuel drop regulations when others couldn't.

There has, however, always been an unconfirmed rumour that his car was accidentally short-filled to begin with.

According to Percat it was nice to secure a more conventional race win, one void of any controversy or outside assistance.

"It was nice that there wasn't a cloud over anything. There wasn't anybody thinking we didn't put enough fuel in or anything like that, like the Adelaide win. And Garth crossed the line for the Bathurst win.

"It was just satisfying for the whole team. It's been four years between wins for me and for the team; it doesn't feel like that long, but it is.

"And then the way we constructed the race – I was really happy with the first stint, because that was the stint that we didn't have tyre quality over people. And we drove through the second and drove up to Jamie's rear bar. We showed our pace pretty early.

"It was nice to be able to control the race. It was very satisfying to give Brad a win. It felt like it was a long time coming."

The win came with the added bonus of Percat being able to break free of the midfield rough and tumble and spend some time going door-to-door with Whincup.

"We always say you need to qualifying in the Top 8 or you're in the riff raff. Thankfully, more often than not I'm just ahead of the riff raff," he said.

"It was nice to just watch the way Jamie was driving the car, because he's the best we've seen in our sport. It was cool to see how he was defending without defending. And how he was maximising his car.

"I enjoyed it, because it's not often you get to sit behind a seven-time champion for that many laps and just watch the way he goes about it. It was good to see how they're achieving their speed, too."

Adding to the sense that this win was no fluke is the fact the BJR Holdens were genuinely quick across the SMP weekend.

Percat qualified sixth twice and eighth once for the three races, while teammate Todd Hazelwood had a fifth in qualifying for the third race.

According to Percat the car speed is a legacy of changes first introduced on Tim Slade's car for Newcastle last year, where he took a podium before departing the team.

"This has been coming for a long time," said Percat.

"We've got some new set-up stuff in the car that was dreamt up mid-to-late last year, and was actually on Slade's car for his final podium with BJR. I didn't run it that weekend. So we had a clear direction that it was definitely a better thing.

"Over the summer break we improved the components and we rolled out in Adelaide and we were quite strong. At the Grand Prix we had good qualifying results.

"And then we went to SMP, a track where we were a little nervous because we weren't sure how to tune the car, as it's so different to anything we've have before. But we rolled out of the truck and the changes we did across all of the cars were minor.

"The cars were good to drive straight away and they have good feedback and reacted to changes, which is really important.

"We've made a step forward, definitely."

Doubt over Darwin Supercars events due to new border restriction