Percat to race with Harley-Davidson colours in NZ 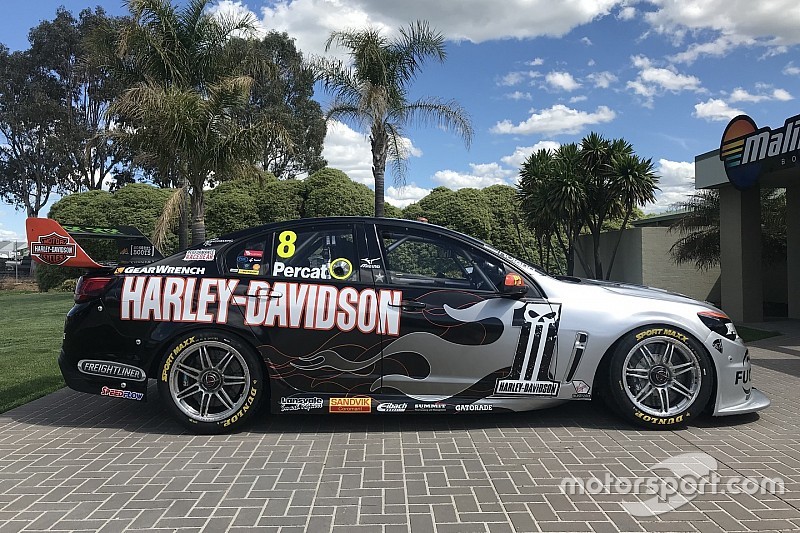 As the team's rolling sponsorship continues, regular minor backers Harley-Davidson will step up with the primary backing for Percat's car at Pukekohe.

The silver livery will replace the Boost Mobile colours that ran on Percat's car for the Bathurst 1000 and the Gold Coast 600.

“It’s fantastic to have Harley-Davidson on board for the Pukekohe event this weekend," said team owner Brad Jones.

“It doesn’t matter where you are in the world, people instantly recognize Harley-Davidson. The reveal is pretty exciting for us as it’s something we’ve had in the pipeline for a while which we finally get to show off.”

The Pukekohe round is traditionally an emotional one for the BJR crew, with the winner awarded the Jason Richards Trophy, in honour of former BJR driver Jason Richards who passed away in 2011.

"Pukekohe is a special place for us for many reasons, mainly because of JR," added Jones.

"We always race with everything we’ve got, but this event is something different. Hopefully he shines down on us this weekend.”