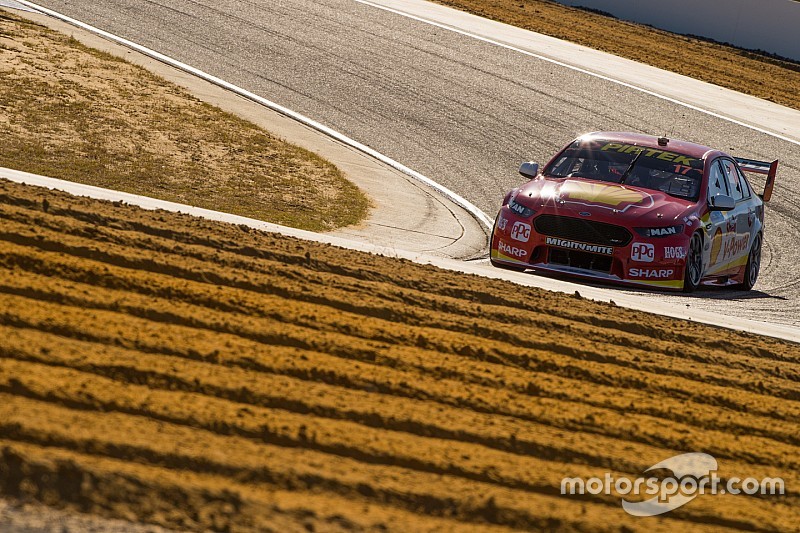 The home of Perth's Supercars round will undergo a complete resurfacing over the off-season, as well as rebranding as 'Barbagallo Wanneroo Raceway'.

Circuit operators the West Australian Sporting Car Club recently signed an 11-year extension to its current 10-year lease for the venue with the Wanneroo Council, opening the door for investment in the facilities.

The first major spend will be a complete resurfacing of the circuit for the first time since 2004, which will take place over the off-season and be ready for both club events and the first ever Perth SuperNight Supercars round in 2019.

The new surface should ease degradation on what is infamously the hardest circuit on tyres in the country, and is likely to see Jason Bright's Supercars lap record, set right after the last re-surface in 2004, broken next year.

It's the first major upgrade since the infield pit complex was built in 2011, the resurfacing set to utilise the latest Stone Mastic Asphalt.

The resurfacing will also include a low-speed diversion between Turns 2 and 4 specifically for motorcycle use, in a bid to bring bike racing back to the venue.

Two-wheeled competition has been banned at Barbagallo since late 2016 when a 22-year-old became the sixth rider killed in 16 years at the track, with non-competitive bike events only resuming earlier this year.

According to WASCC president Russell Sewell the resurfacing, which is likely to cost around $1 million, marks the perfect way to celebrate 50 years of the Wanneroo facility and 90 years of the club, both anniversaries coming in 2019.

“This project has been 12 months in planning” said Sewell.

“The previous surface has served WA motorsport very well, lasting longer than many others. But I’m confident the new surface will also last very well whilst reducing tyre wear and thus making our venue more economical for all users.

“Clearly, this is a major expenditure by the WASCC. However, ours is a not-for-profit organisation dedicated to running motor racing in WA. I can think of no better way to mark 50 years at the raceway the club built, as well as the WASCC’s 90th birthday, than to invest in our sport’s bright future."

Those significant anniversaries will also be celebrated through a re-branding of the venue, with the name set to change from Barbagallo Raceway to Barbagallo Wanneroo Raceway.

Previously known as Wanneroo Park Raceway and Wanneroo Raceway, the circuit's name was changed to Barbagallo Raceway in 1992 when car dealer and privateer Touring Car racer Alf Barbagallo invested in the development of the 'short circuit' loop.

The circuit has been in operation since 1969, built by the WASCC to replace the Caversham airfield venue that was reclaimed by the Defence Department.

The 2019 season will open with a celebratory Gala race meeting on the first weekend of March next year.