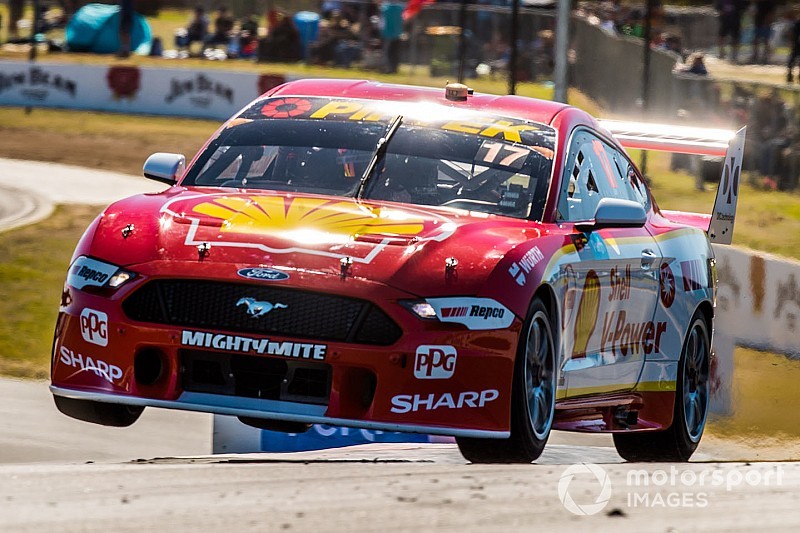 Chaz Mostert spent the majority of the session on top thanks to a 53.702s set inside the first 10 minutes, teammates Will Davison and Cam Waters able to close in on the benchmark, but not quite beat it.

McLaughlin, who'd been off the track at Turn 1 midway through the session, finally toppled Mostert with a 53.384s with seven minutes to go, which put him a whopping two-tenths clear of the field.

The Happy Hour for automatic Q2 spots started three minutes from the end, with Shane van Gisbergen and Jamie Whincup both outside the Top 10 heading into the crucial final run.

Ultimately it wasn't a problem for either Red Bull Holden driver, Whincup jumping to second with a 53.465s and van Gisbergen fourth with a 53.626s.

Still, they couldn't run down McLaughlin, who didn't even bother with a final run but still ended up on top by 0.08s.

“The car feels nice. To do that and save a set of greens is really good,” he said.

“I reckon the track has lost a fair bit of grip and it’s lost some blackness. I reckon it’s less grippy in places, so you’ve got to adjust your lines so you stay on the grippier stuff.”

Mostert, who improved to a 53.610s right before his final run, ended up sandwiched between the Red Bulls, while Friday night race winner Fabian Coulthard ended up fifth.

Brad Jones Racing pair Tim Slade and Nick Percat were next, as Waters and Davison were shuffled back to eighth and ninth.

David Reynolds fell on the right side of the Q2 bubble in 10th, which meant Andre Heimgartner missed out by 0.01s.