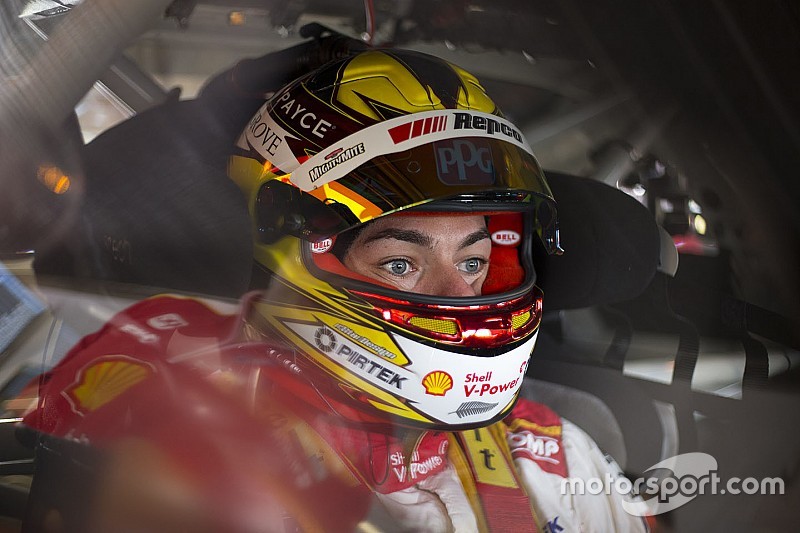 Scott McLaughlin secured pole position for the first leg of the Perth SuperNight with a lap record-smashing qualifying effort.

The DJR Team Penske driver was in a class of his own throughout qualifying, comfortably topping Q2 before setting two consecutive lap records on his two Q3 runs.

The first, a 52.852s, was the first ever Supercars lap under the 53s bracket, before McLaughlin went slightly quicker right at the end with a 52.814s.

“The lap was awesome. I wanted to go faster and I had a chance [because] I saved a set from the first session,” said McLaughlin.

“I wanted to go as fast as I could and managed to go a bit quicker too.

“The car was hooked, [engineer] Ludo [Lacroix] is an absolutely wizard. I’m very lucky to have him on my team.”

Fabian Coulthard couldn't quite join his Penske teammate in the 52s, but did grab second on the grid thanks to a 53.026s.

Jamie Whincup went the long way to qualify third, the Red Bull Holden driver forced to come from Q1 thanks to a kerb strike in practice.

The seven-time series champ was the lone Commodore in a sea of Mustangs in the top five, Chaz Mostert and Cam Waters – who also came all the way from Q1 – taking fourth and fifth.

Will Davison rounded out the Top 10.

Anton De Pasquale will start the race from 11th, having missed out on progressing from Q2 to Q3 by a 0.11s.

Some big-name Holden drivers failed to get out of Q1, with Mark Winterbottom qualifying just 21st for tonight's race.